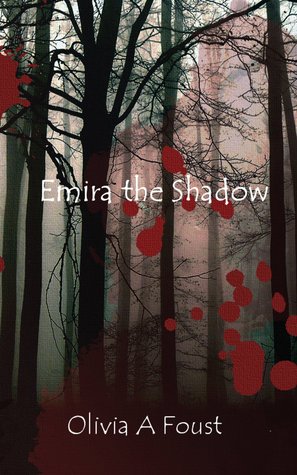 As the books starts I already feel lost because I don't understand why the world or society is divided into two groups. What caused the rift and why? We see the world though Emira’s eyes; a world of hate, anger and distrust. She only wants to save her people but in doing so much killing. She wants to kill as many Southerners as possible. When she goes into a Southerner camp to save a group of her people she finds a man she once cared for as a young child, Rou.  We also meet a Southerner who wants to help save Emira’s people and for some unknown reason she trusts him.  She brings him back to the camp where she develops a friendship.

I wanted to love this little novelette, I truly did. The outline is nothing new. You have conflict, killing, and rescues but something about her writing pulled me in. But the lack of editing takes a good story and ruins it.

For example "As an Ex-Felon Fezz enjoyed the pain of his victims and would more often than not kill them slowly, a hobby that my brother was relieved I didn't share." (Example from novelette)
I personally would have gone with this instead: “As an ex-felon Fezz enjoyed killing his prey slowly, inflicting as much pain as possible before they died." Short simple and to the point.

At one point Emira leaves the Southerner with Fezz. Why would you leave someone you trust with an ex-felon who loves to kill Southerners? How does that make any sense? One of many issues that drove me crazy about this novelette.

The author has Emira dealing with emotions that she kept hidden for years as she leads her merc’s to kill Southerners and saving her people, the Easterners. When she meets a Southerner who causes her to question everything she knows, she starts to deal with her emotions causing her to almost get killed.  However we never read about the battle we are only told about in a few simple words.  I want details! I want to know what she was thinking that caused her to almost get killed. The author instead writes her emotions are warring on her face. Not helpful at all. I need details to be able to connect with the character.

Author area of concern when it comes to this author is the fact that Emira can read people as if their thoughts are written on their faces.  This Novelette is written in the first person but most of the time she has Emira reading the person as if they are speaking. It bothers me. I would have rather had dialogue than her ability to read a person’s face.

This novelette again has great potential if it had the help of a good editor.

This book can be found on Amazon Unlimited. I love the unlimited program because it gives you a chance to find unknown authors.

Thank you Heidi for this review.

Synopsis:  They took him. The Nation from the South who claimed our lands through violence. They came to our homes with the red of the setting sun and shattered our peaceful existence. My twin brother Caiel and I escaped with the help of a convicted felon from our jails. His crime was murder and I had found it abhorrent until that day. As I watched the Southerners drag my childhood love away from me, I found the idea of taking a life more than acceptable. There in that moment of blood and hatred, my soul shattered into a million pieces and I swore I would do whatever it took to bring the South to their knees.

Author Information:  I was born in Eugene OR, but claim Houston TX as home. As a child, I was always coming up with stories to occupy my mind and time, and now I write said stories- Although they are a bit more Adult now.

My debut novel is Emira the Shadow; the first Novelette in a 'possible' series of six. the second book, The Red of Dawn, is set to be released within the first week of January 2015.

I'm always looking to connect and talk about writing, fiction, and possible ways to kill characters, so ask me a question and I will respond ASAP.