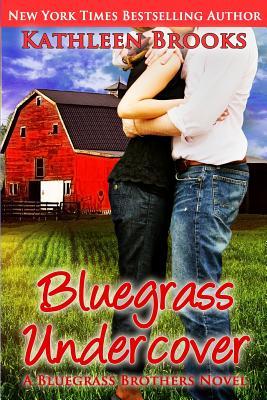 Review:  If you like tough female heroines who are not afraid to get down and dirty this is a book for you. She is an undercover DEA Agent who gets sent from Florida to near Lexington KY to investigate a new designer steroid which is targeting young high school football players. She is sent there because she punched out a street dealer who resisted arrest. She arrives as a high school guidance counsellor and falls in love with the town and coach.  Of course she also cracks the case and gets her man as well.  I was not surprised by the ending but enjoyed the book.

I obtained the book from kindlebuffet.com.

Thanks Frank for this review

Synopsis:  In her first follow-up to the Best Selling Bluegrass Series, Kathleen Brooks brings Keeneston back to life through the Davies Brothers. Cade Davies had too much on his plate to pay attention to newest resident of Keeneston. He was too busy avoiding the Davies Brothers marriage trap set by half the town. But when a curvy redhead lands in Keeneston, the retired Army Ranger finds himself drawn to her. These feelings are only fueled by her apparent indifference and lack of faith in his ability to defend himself.

DEA Agent Annie Blake was undercover to bust a drug ring hiding in the adorable Southern town that preyed on high school athletes. She had thought to keep her head down and listen to the local gossip to find the maker of this deadly drug. What Annie didn’t count on was becoming the local gossip. With marriage bets being placed, and an entire town aiming to win the pot, Annie looks to Cade for help in bringing down the drug ring before another kid is killed. But can she deal with the feelings that follow?

Kathleen is an animal lover who supports rescue organizations and other non-profit organizations, such as Friends and Vets Helping Pets, whose goals are to protect and save our four-legged family members.

Kathleen will begin a new series in 2014 called Women of Power. This series will follow the lives of successful businesswomen as they fight off dangers to their lives and careers while searching for true love.

Other Review:
Guilty Pleasure
Posted by Unknown at 12:00 AM