What's in your mailbox today?  Or what are you reading?  Thanks for stopping by.....

What happens when the past catches up to the present and the truth surfaces? Three women, roommates back in college, find their lives forever altered when one of them feels compelled to confess the secret sin of their past.

And whose truth is it?

'The Truth About Us' weaves the past and the present in a page-turner that explores the shifting quality of truth, and the cost of secrets.  Sent for review.

Welcome to Willow Ridge, Missouri! In this cozy Amish town along the banks of the river, the Old Ways are celebrated at the Sweet Seasons Bakery Café, and love is a gift God gives with grace. . .
Summer Of Secrets
Summer has come to Willow Ridge, but Rachel Lantz is looking forward to a whole new season in her life--marriage to strapping carpenter Micah Brenneman, her childhood sweetheart. When a strange Englischer arrives in the café claiming to be the long-lost sister of Rachel and her twin Rhoda, Rachel feels the sturdy foundation of her future crumbling--including Micah's steadfast love. As the days heat up and tempers flare, Rachel and Micah will learn that even when God's plan isn't clear, it will always lead them back to each other. . .  Sent for Review. 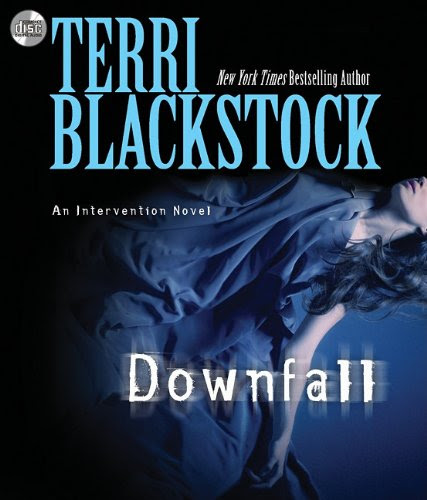 mily Covington has turned her life around after a drug addiction, but her family still has trouble trusting her in this unabridged audio download of Downfall. Though Emily has committed herself to a year-long treatment program and has been sober for almost a year beyond that, even her mother walks on egg shells around her, fearing she'll relapse. After her behavior during her drug years, Emily realizes she has a lot to prove.
When police discover a home-made bomb under Emily's car, and she then learns the wife of one of her friends was murdered that same morning, she knows things are deadly serious.
But who wants Emily dead? And why?
A conversation she had with two men, an Alfred Hitchcock movie, and a plan for a double-murder all conspire for one explosive ride ... and Emily is the only one who can identify the killer and save the life of the next potential victim.
As she frantically works to solve this ever more complicated puzzle, Emily finds herself playing right into the killer's hands.  Sent for review.

On this rare occasion, you, the reader can play a role in deciding the ending of a motion picture film before it is made.
The Clairvoyant is a philosophically challenging and tragically beautiful story with many interweaving plots and subplots.

Malaika, the clairvoyant, is born with extraordinary psychic powers. With one action, she alters the course of humanity by committing an act that is simultaneously noble -- and unimaginably horrific. She is brought to trial and faces the death penalty for her actions, while being defended by a brilliant but troubled lawyer.

After you read "The Clairvoyant" go to www.clairvoyant-film.com and cast your vote on the verdict.  Sent for review.

While a wonderful wedding day is important, it's the last day of marriage that really counts. Will the last day of your marriage come prematurely through divorce? Will it be filled with regrets as you sit at the funeral of your spouse? Or, by God's grace, will the last day be a time to rejoice in the life you lived together?
Pastor Mark Driscoll and his wife, Grace, want you to finish well on the last day. They share private and painful issues that damaged their own marriage-including his introduction to pornography in elementary school and her abuse as a teenager at the hands of a boyfriend-and how they overcame them to experience healing and joy with each other again.  Sent for review.

Before the critically acclaimed novels Await Your Reply and You Remind Me of Me, Dan Chaon made a name for himself as a renowned writer of dazzling short stories. Now, in Stay Awake, Chaon returns to that form for the first time since his masterly Among the Missing, a finalist for the National Book Award.
In these haunting, suspenseful stories, lost, fragile, searching characters wander between ordinary life and a psychological shadowland. They have experienced intense love or loss, grief or loneliness, displacement or disconnection—and find themselves in unexpected, dire, and sometimes unfathomable situations.

A father’s life is upended by his son’s night terrors—and disturbing memories of the first wife and child he abandoned; a foster child receives a call from the past and begins to remember his birth mother, whose actions were unthinkable; a divorced woman experiences her own dark version of “empty-nest syndrome”; a young widower is unnerved by the sudden, inexplicable appearances of messages and notes—on dollar bills, inside a magazine, stapled to the side of a tree; and a college dropout begins to suspect that there’s something off, something sinister, in his late parents’ house.

Dan Chaon’s stories feature scattered families, unfulfilled dreamers, anxious souls. They exist in a twilight realm—in a place by the window late at night when the streets are empty and the world appears to be quiet. But you are up, unable to sleep. So you stay awake.  Goodreads first read win.

What would you do if the man of your dreams hides the soul of a killer?

Jim Beckett was everything she'd ever dreamed of...But two years after Tess married the decorated cop and bore his child, she helped put him behind bars for savagely murdering ten women. Even locked up in a maximum security prison, he vowed he would come after her and make her pay. Now the cunning killer has escaped—and the most dangerous game of all begins....
After a lifetime of fear, Tess will do something she's never done before. She's going to learn to protect her daughter and fight back, with the help of a burned-out ex-marine. As the largest manhunt four states have ever seen mobilizes to catch Beckett, the clock winds down to the terrifying reunion between husband and wife. And Tess knows that this time, her only choices are to kill—or be killed.
Lisa Gardner sold her first novel when she was 20 years old. In 1993 she graduated magna cum laude from the University of Pennsylvania with a degree in international relations. She lives in Rhode Island, where she is at work on her next novel of suspense.  Kindle gift from my Aunt.  Thanks Bonnie.
Posted by Unknown at 1:47 AM