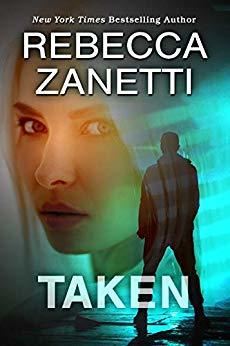 Review:
Not gonna lie I am starting to become a fan of Rebecca Zanetti and her new series Deep Ops.
This is a side story between the first and second story. As a readers of the series I will admit I was a little lost at first trying to figure out how it connected to the Deep Ops series. Once it became clear the humor from the first book arrives almost with the goofy characters from the first book.
I think it will impossible for readers of Rebecca Zanetti to miss this story as well as the series. Faye is a lost soul who knows her soul mate but can't seem to keep her temper in check long enough before she hits Hunter. Hunter is you Rebecca Zanetti Alpha Male with a heart that have readers wanting more of the two lead characters.
The story has heat and soul that new readers will be able to fall in love with Rebecca Zanetti characters and books
Thank you to Netgalley and the publisher Zebra for the advance copy of Rebecca Zanetti Taken.
This is a can't miss read.


Synopsis:
Hunter Holt might be the most stubborn ex-soldier ever born, but when he’s called on to help find a lost foster kid, he jumps into action. Even if it means working with the woman who broke his heart five years ago—the woman who still haunts his dreams . . .Faye Smith has spent five long years trying to get her life back on track. She knows she should’ve turned toward Hunter and not away from him. But they both had too many demons to destroy. Maybe now they’ll get another chance—and save someone else’s life too . . .But first they’ll have to stop arguing long enough to trust the Deep Ops team. Hunter was a lost boy himself once. In fact, he ran away from the exact same man, their monster of a father. Now he and Faye will have to unite to find the brother he never knew—and maybe each other

New York Times and USA Today Bestselling Author Rebecca Zanetti has worked as an art curator, Senate aide, lawyer, college professor, and a hearing examiner - only to culminate it all in stories about Alpha males and the women who claim them. She writes dark paranormals, romantic suspense, and sexy
Posted by H. Wimmer at 12:00 AM