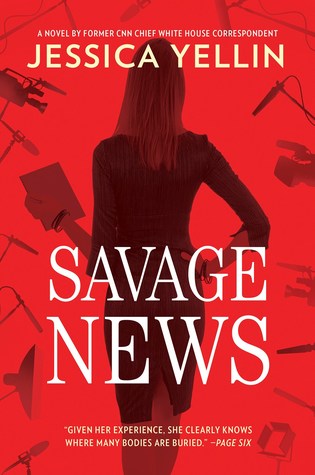 Review:
Jessica Yellin background in politics keeps this story read, honest and very human.
Natalie Savage is a weak character what slowly develops a back bone finding her voice in the world of news.  The story is very much a chic lite story line where the lead woman slowly discovers who she is and what she wants to be in life.
The story pacing was off and at times extremely slow. I found some editing in certain areas would have help with the pacing as well as the dynamics between the different characters. Natalie Savage is working in one of the most cut throat fields in the world and yet she seems to be the biggest pushover which might have readers wondering how she got to D.C to cover the biggest stories.
The books wasn't great but it wasn't bad it fell right in the middle of being ok.
Thank you to Netgalley and the publisher MIRA for a advance copy of Jessica Yellin Savage News.

Synopsis:
Be noisy. Natalie Savage grew up hearing these words from her beloved father, who admired Walter Cronkite so much he named the family dog after him. Natalie--who spent her twenties missing out on life's benchmarks--finally sees her efforts pay off when she's assigned to cover the White House for her network, ATN. The problem? The position is only temporary, a test to see if she has what it takes. She has always relied on her grit, her principles and her news sense to gain success. But now her competition is a twenty-six-year-old spoiled frat boy who got his big television break by eating raw animal parts on a reality show.Of course, he's winning.Natalie, along with her scrappy production team, has to navigate ratings wars, workplace sexual harassment and an international political crisis in order to prove herself. But the closer she gets to achieving her dream job, the more she wonders if it is worth all the compromise. 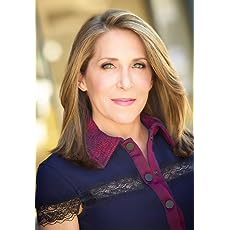 Jessica Yellin is the Emmy and Gracie award winning former Chief White House Correspondent for CNN. She is the founder of SAGE, a Los Angeles based digital media company that will bring news from a female led newsroom. Her first novel, Savage News, will be published by HarperCollins Spring 2019. Yellin has covered Capitol Hill, domestic politics, state and national elections, the culture wars and issues facing women in the workplace. She's interviewed four living Presidents as well as First Ladies Michelle Obama, Hillary Clinton and Laura Bush. Her work has been published in The New York Times,The Los Angeles Times, The Daily Beast. She serves as a fellow at the USC Annenberg Center on Communication Leadership and Policy and sits on the board of the Center for Public Integrity. She is a graduate of Harvard University and the Westlake school for Girls in Los Angeles, California.
Posted by H. Wimmer at 12:00 AM