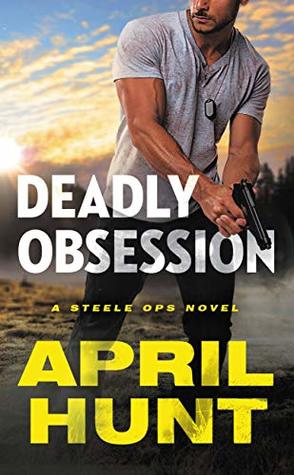 Review:
I feel like I shouldn't love this book but I do!! I couldn't put it down from the second I started reading the book.
The characters were fun, sassy, family and the theme to live your life to the fullest knowing life could throw you a curb ball changing everything.
April Hunt as the ability to create Alpha characters who are charming, funny, love the women in their lives. The women as snarky, feisty, strong and know who they are before the men come into their lives.
April Hunt is able to write steamy sexy scenes that ca either keep readers fanning themselves. While the sex scenes are graphic she is also creating a connection between the two characters that will push the story forward.  Readers can skip the sex and still feel the connection between the characters.
The mystery is interesting and most readers will see it coming but if they do not there are enough men and woman the readers will be able to pick apart to figure out who is the killer.
At times the story is over the top but readers who love April Hunt will love this new series she has created.  If you are new to April Hunt once again I think you will love this new series as well.
Thank you to Netgalley and the publisher for an advance copy of April Hunt Deadly Obsession

Synopsis:
Someone is watching their every move.After a lifetime spent in and out of hospitals, Zoey Wright is tired of playing it safe. She’s ready to take charge of her own life and get out of her comfort zone, starting with a new job as a CSI agent. But when her childhood crush Knox Steele gets pulled onto her case, Zoey needs to put her feelings for him aside or more women will die at the hands of the serial killer preying on her hometown. Former Army Ranger Knox Steele is back in Washington to help his brothers open an elite private security firm. He never expected to stumble onto a crime scene, or see his best friend’s little sister working it. Zoey is all grown up now, and the attraction between them is electric, despite his best efforts to resist it. But all that changes for Knox when he realizes the victims have one thing in common . . . and Zoey might be next. 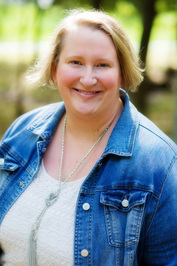 April blames her chocolate addiction on being born near the country chocolate capital in Hershey, Pennsylvania. When April's not busy raising her husband and two young children (yes, that's worded correctly), she can be found writing about her next brooding alpha hero and the woman who can easily bring him to his knees.
Posted by H. Wimmer at 12:00 AM