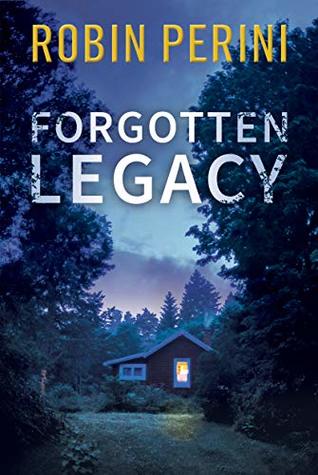 Review:
This is the first I have read in the Singing River Legacy series. This story could be a stand alone novel but readers will feel like they are missing the connection between Riley and Thayne.  Even though the author updates the readers quickly with what happened in the last book the romantic connection feel off as the characters are trying to find out what they want.
The murders, investigation, the love between all the different characters flow brilliantly though the story intertwining as the grandmother suffers from the Alzheimer with a secret everyone is needing to know.
The author brings to light to suffering and joy comes from Alzheimer. You can feel the authors pain that she has personally experienced.
It made the story heart breaking but as it came closer to the ending the story broke apart leaving readers wondering why the madman really was killing people.  It didn't make since.

I wish the grandmother secret was the main focus instead of the killer who didn't quite make it believable his reasons for killing.

The author has a passion for her writing and her characters but the mystery fell apart as if she wan't sure what she wanted the killer to be and why he was killing lack focus.

Thank you to Netgalley ad the publisher Montlake for the advance copy of Robin Perini Forgotten Legacy.

On the outskirts of Singing River, Wyoming, a couple dies in a fire that ravages their remote mountain home. Everyone believes it’s a tragic accident—except FBI profiler Riley Lambert. She isn’t convinced, and neither is her fiancé, ex–Navy SEAL turned sheriff Thayne Blackwood. When they discover that the couple’s daughter is missing, Riley’s dark memories of her own sister’s kidnapping ratchet up the urgency to find the girl—before it’s too late.
Racing through a maze of deceit and a buried past, the pair find themselves under attack from an unknown assailant. Dodging danger, they follow a tangled web of clues pointing to a forgotten secret that Thayne’s Alzheimer’s-stricken grandmother holds dear. But when their deadly investigation veers too close to home and brings a twisted killer to Riley’s and Thayne’s doorsteps, can they save those they love and stop the murderer before time runs out?
Kindle Edition
Expected publication: April 16th 2019 by Montlake Romance 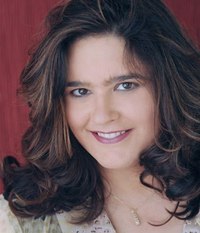 Internationally bestselling and award-winning author Robin Perini is devoted to giving her readers fast-paced, high-stakes adventures with a love story sure to melt their hearts. A RITA Award finalist and Romance Writers of America© (RWA) Honor Roll Member, she sold fourteen titles to publishers in less than two years after winning the prestigious RWA Golden Heart Award in 2011. An analyst for an advanced technology corporation, she is also a nationally acclaimed writing instructor and enjoys small-bore rifle silhouette shooting. As a result of her mother’s battle with Alzheimer’s Disease, Robin has become an advocate. She donates 10% of her royalties received from her novel, FORGOTTEN SECRETS, to the Alzheimer’s Association. In addition, she started the 1 Memory Challenge, a challenge to encourage others to share memories and donate to the Alzheimer’s Association, whose vision is a world without Alzheimer’s. You can learn more and connect with her by visiting her website at www.robinperini.com.
Posted by H. Wimmer at 12:00 AM