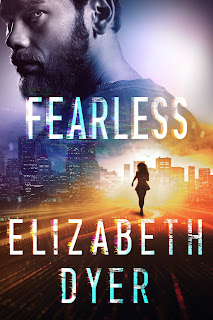 A broken man. A desperate woman. And a love that could save them both.

William Bennett lost everything to a Special Forces operation gone wrong. A year of captivity and torture has stripped him of his strength and decency. At the edge of losing all hope, the one woman he's never forgotten storms back into his life, giving him more than just his freedom. All Will wants now is to put the agony and violence behind him . . . but he won't go home until she can, too.

Cooper Reed has been a lot of things--soldier, sniper, spy--but she never thought traitor would be one of them. Now she can't stop running. Not from the partner sent to kill her, or from the CIA who used her to cover up a dangerous experiment. Cooper needs help, she just never expected to find it in the one man with every reason to hate her--even if he doesn't know it yet.

Author Note: Fearless is a stand-alone novel in the Somerton Security series, complete with a damaged hero, a take-no-prisoners heroine and an HEA.