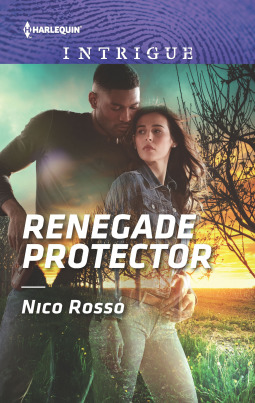 Review:
The story starts off with a fighting, fire and mystery men saving the life of Mariana. Many times though the story the lead male Ty Morrison talks about how strong Mariana is and how she can change things for the better.  The only as the story kept going I felt as a reader I was missing something.  Never once did Ty explain why he felt that way.
The story is nothing more than a vigilant story with over the stop action, romance, sex and one over the top Alpha Male that didn't quite make since in this story.

If ruthless developers want Mariana Balducci’s land, they’ll have to kill her for it. And they nearly succeed—until Ty Morrison foils her attacker. The sexy San Francisco cop is part of a secret organization called Frontier Justice. Mariana is tough, but she realizes she can’t win this fight alone. And when bullets fly, Ty realizes battling bad guys is easier than fighting their sizzling attraction.

Look for 6 new titles from Harlequin Intrigue every month! 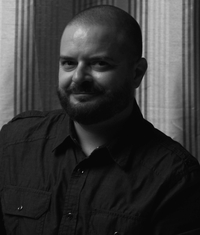 Nico Rosso was a writer in search of a genre until his wife, Zoë Archer, brought romance into his life in more ways than one. He’s created sci-fi and post-apocalyptic romance worlds, as well as working with his wife on the steampunk Ether Chronicles series. His paranormal Demon Rock series brought you satyr rock stars and the Muses who fed them. With the romantic suspense Black Ops: Automatik series, he takes you into the deep dark world of secret operations designed to protect the innocent.
Posted by H. Wimmer at 12:00 AM