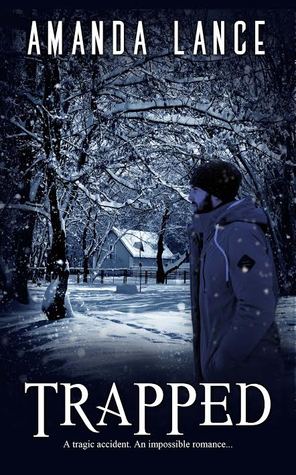 Review:
This is the first time I have read anything by Amanda Lance and while I can't was I will read more by this author I can say this book has stayed with me since I finished.

The characters are stuck between being complex and unimaginable.  Crazy I know.  Aubrey is likable but at the same time the author created scenes that I felt I had read more than one in the book.  While I enjoyed the character development at times it felt like the book was on repeat.
The story moved at a fast pace but than slowed down at the half way point and once again sped right back up at the end.  The end left thrown together and rushed vs the first 80% of the book.

The author while other readers are disappointed with the end I the author left it open ended so if she choose to write another story she has the ability to.  If she choose not to than readers will have to deal with the ending.

The story is simple love story with a little suspense.  There it too much inner dialogue as well non building scenes that drags the story out.
Thank you to Netgalley for the advance copy of Amanda Lance Trapped.

On the way to investigate a fugitive sighting, 21-year-old news intern Aubrey Kent is injured when an unexpected storm destroys the newscopter—along with the rest of the crew.

Now, stranded in the Canadian wilderness and on the brink of death, Aubrey is rescued by a handsome stranger whose cold disposition is as frightening as the remote cabin in which he lives. With no way to reach civilization before spring, Aubrey becomes Jack Gordon’s unwanted roommate. Her hope for rescue is much more desperate when she sees his hostile attitude and violent behavior.

Aubrey and Jack wait out the winter, they grow closer—their delicate friendship blooming into feelings neither of them could have anticipated. But the weather and the wolves aren’t the only dangers in the mountains. As Aubrey uncovers the reason for Jack’s self-imposed isolation, she realizes she’s closer to the story than she imagined—a story that might cost her life.

A native of New Jersey and lifelong nerd, Amanda Lance completed her Master in Liberal Arts at Thomas Edison State College after her BA in English Literature and AFA in creative writing.She currently resides in Easton Pennsylvania with her boyfriend and their spoiled dogs. She is a cliché booknerd who is terrible at math, clinically obsessive, and prone to addictive behavior. She may or may not be a recluse.