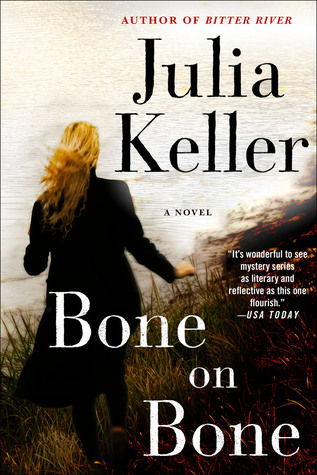 Review:
Julia Keller takes on the opioid addiction showing the world that addiction has no limits and people will do anything to get what they need.
Readers hearts will break as the mother of an addict has to deal with the loss of everyone she has loved because of addiction. The first several chapters are layers and layers of pain and suffering.
Bone to Bone has passion, pain, anger and characters who readers weep and feel the pain they are going though. The story ends on a cliffhanger. Not my favorite way to end a story but Bone to Bone has so many levels the story will take more than one book to tell.
Thank you to Netgalley and the publisher Minotair  books for the advance copy of Julia Keller Bone on Bone

Synopsis:
Four years have passed since the end of Pulitzer Prize winning Julia Keller's Fast Falls the Night and much has changed in Acker's Gap, West Virginia. Former deputy Jake Oakes is adjusting to life as a paraplegic after being shot by a drug dealer and Bell's sister, Shirley, died a year ago from lung cancer.But one thing hasn't changed: the crime and desperation afflicting this small Appalachian community. No one knows this more than Brent and Linda Topping, whose calm and steady world has been upended by the drug addiction of their 19-year-old son, Jeff. First Brent is murdered by his son's suppliers. And then, wracked with guilt over his father's death, Jeff calls his mother on the brink of suicide. She rushes to his aid only to be shot in the head in what Jeff describes as a mixup. But Bell and the local authorities aren't so sure he's innocent. As Sheriff Pam Harrison and Prosecutor Rhonda Lovejoy unravel the mystery, they are joined by an unlikely pair of allies: Jake Oakes, who has begrudgingly channeled his anger at his physical limitations into a clerical job at the courthouse; and Bell Elkins. Will this unlikely group be able to find the truth before this epidemic finds another victim? 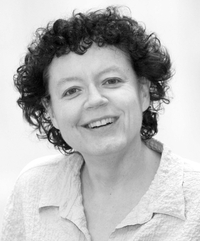 Julia was born and raised in Huntington, West Virginia. She graduated from Marshall University, then later earned a doctoral degree in English Literature at Ohio State University.She was a Nieman Fellow at Harvard University and has taught at Princeton and Ohio State Universities, and the University of Notre Dame. She is a guest essayist on The NewsHour with Jim Lehrer on PBS and has been a contributor on CNN and NBC Nightly News. In 2005, she won the Pulitzer Prize for Feature Writing.Julia lives in a high-rise in Chicago and a stone cottage on a lake in rural Ohio.
Posted by H. Wimmer at 12:00 AM