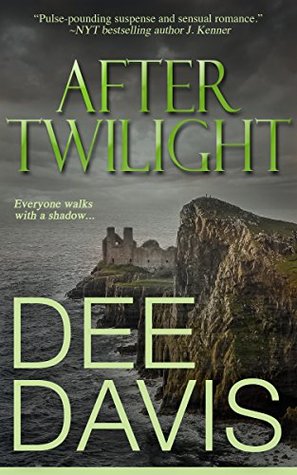 Review:
I have read several series by Dee Davis and this one didn't stand up to the books this author has written.  The story is predictable, it lacks creative descriptions of the female character (You can only read wounded green eyes so many times.) The romance is though the eyes of the male lead Braedon Roche which is nice change even if it was a little unbelievable at times.
After Twilight starts of with a bam and slowly falls into romance story that drags the story to a near stop.
Personally thought this story is a good representation of Dee Davis Romantic suspense stories.  Please give her other series a try her Last Chance Series.


Synopsis:
It was the perfect place to disappear . . .
When Kacy Macgrath's life crumbled two years ago, she changed her name and escaped to her grandmother's cottage in Ireland. Here she lives anonymously, with no reminders of the past--except the terrifying images that continue to haunt her dreams. Images of the stormy night her husband Alex walked out on her--and fell into the raging waters near their Long Island home. After his death, Kacy uncovered secrets about Alex she was better off not knowing, so she ran away. Now someone is watching her.
Braedon Roche has traveled across an ocean looking for justice--to expose Kacy Macgrath as a master forger who, along with her late husband, had nearly destroyed his career as an art dealer. What Braedon doesn't expect is his undeniable attraction to the fragile widow hiding behind a web of deception. But Braedon isn't the only man following Kacy. A savage killer stalks from the shadows, chipping away at her sanity, and trapping her in an unspeakable nightmare. 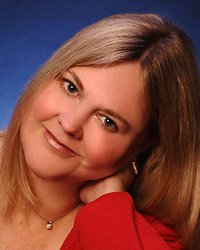 Award winning author Dee Davis worked in association management before turning her had to writing. Her highly acclaimed first novel, Everything In Its Time, was published in July 2000. Since then, among others, she’s won the Booksellers Best, Golden Leaf, Texas Gold and Prism awards, and been nominated for the National Readers Choice Award, the Holt and two RT Reviewers Choice Awards. To date, she is the author of over thirty novels and novellas, including her current A-Tac series and Cottage in the Mist. When not sitting at the computer, Dee spends time exploring Connecticut with her husband, daughter, and Cardigan Welsh Corgis.