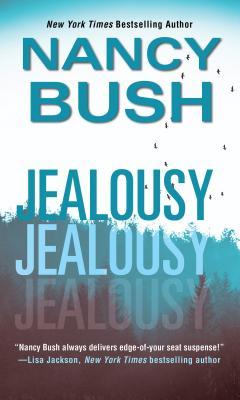 Review:
Jealousy is the prefect title for this book because that is what it is everyone is Jealous of their siblings success, failures, life and this leads to killing.

Nancy Bush brings together a host of characters that if readers are not paying attention to could possibly get lost. The characters are flawed in a human way as reader walk in their foot steps and fight for which character they trust or believe in.

Nancy Bush is able to start a slow simmer until readers are hook unable to put the story down worried for what might happen to their characters they find to be human and flawed.

This is a top rate mystery that can't be missed and needs to be on the top of the to be read pile.

Synopsis:
HATRED LEADS TO OBSESSION . . .It's taken time for the plan to unfold, years spent waiting, watching, hating. . . . And after the first victim, the killing gets easier and easier . . .OBSESSION LEADS TO JEALOUSY . . .The Crissmans, owners of Crissman & Wolfe department store, were once one of Portland's most powerful families. There's still enough fortune left to sow mistrust between Lucy, her bohemian sister Layla, their brother Lyle, and his grasping wife Kate. When a charity event at the Crissman Lodge ends in a fatal poisoning, Lucy becomes a prime suspect. But the truth is even more twisted, and Lucy can't be sure which of her family is being targeted . . . or who to fear.AND JEALOUSY LEADS TO MURDER . . .Renowned defense attorney Dallas Denton has been hired to clear Lucy's name, unaware of the secret that ties them together or of the deep cracks in the Crissman legacy. Someone is ready to eliminate every obstacle to get what they most covet, and prove that envy runs deeper than blood . 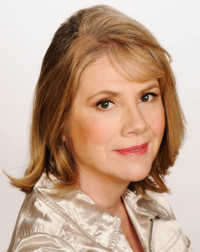 Nancy began her career in the romance genre, writing both contemporary and historical novels, but being a mystery buff, she kept trying to add suspense into the plot, as much as her editors would allow. In 2002 she was chosen by ABC Television to be part of a writing group “think tank” which was tasked with developing story for ABC's daytime dramas. She was one of two people selected from that group to actually become a break down writer for, at the time, one of ABC's top-rated daytime shows: ALL MY CHILDREN. Nancy made the move to New York to join the AMC team while she was writing for the soap. That was an experience, she admits. Ask her, and she'll swear that the pressure cooker of delivering story every day – lots and lots of story -- helped focus her writing.

When Nancy returned to her home state of Oregon she channeled that newfound energy into writing the kind of books she's always loved: mysteries. She wrote three Jane Kelly Mystery novels in the space of three years, and has another one currently in proposal form. The last several years she's turned her attention to romantic suspense novels, writing both with her sister and on her own. Like Lisa, sh e's now a New York Times and USA Today bestselling author, both in her co-writing ventures and on her own merits as well.

Nancy's latest project? Summer 2012 is the kick off for her newest suspense series with NOWHERE TO RUN debuting in August and NOWHERE TO HIDE in September. A third ‘Nowhere' book is scheduled for next year.

Nancy has recently received the rights back to many of her earlier novels and the Danner Quartet, one of her most beloved series, is available again in e-book form. LADY SUNDOWN, MIRACLE JONES, JESSE'S RENEGADE and SCANDAL'S DARLING follow the ups and downs of the irrepressible Danner family in turn of the century Oregon. Nancy also has a number of contemporary romances that have been updated and reformatted and now have new life as e-books. Look for THE PRINCESS AND THE PAUPER, DEAR DIARY, and the Summer Lovin' Duets: SUMMERTIME BLUES and IMAGINARY LOVER along with many more in the coming months.