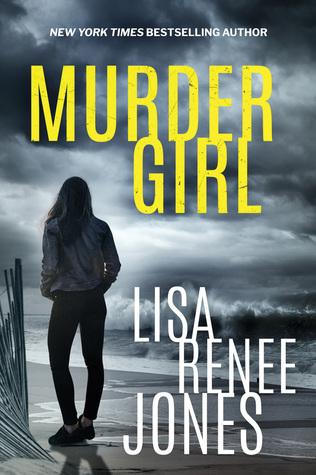 Review:
Murder Girl was a little harder to get into than the first book.  The Story seemed to jump around unable to find a focus on one part of the story.  The main mystery was very similar to the one in the first book because of the lack of focus by the author this reader started to flip pages homing for the letters that Lilah had been receiving would find a conclusion.  Instead the longer bigger mystery is a cliff hanger while the main mystery comes to an end with a nice little bow.

Murder Girl lacks focus, the story seems to drag and the author lost her drive for this story.

Thank you to Netgalley and the publisher Montlake for the advance copy of Lisa Renee Jones Murder Girl.

Synopsis:
It’s Lilah Love’s job to inhabit a killer’s mind. The unapologetically tough FBI profiler is very comfortable there. But her latest case is making her head spin. It’s a string of brutal assassinations carried out across the country, each tied to a mysterious tattoo. Body by body, she’s followed the clues all the way back to her hometown. And every step of the way, the killer has been following her.

Here, beneath the glamour of the privileged Hamptons community, is a secret long buried but never forgotten. It’s bigger than Lilah. It’s powerful enough to escape the reach of the FBI. And it’s more personal than anyone can imagine. Because it’s hiding in Lilah’s own past. To fight it, she’s forced to turn to her lethally tempting ex, Kane Mendez. He’s an expert at bringing out Lilah’s darkest impulses. If she plans to survive, she’s going to need them.

About The Author:
New York Times and USA Today bestselling author Lisa Renee Jones is the author of the highly acclaimed INSIDE OUT series. Suzanne Todd (producer of Alice in Wonderland) on the INSIDE OUT series: Lisa has created a beautiful, complicated, and sensual world that is filled with intrigue and suspense. Sara’s character is strong, flawed, complex, and sexy - a modern girl we all can identify with.In addition to the success of Lisa's INSIDE OUT series, she has published many successful titles. The TALL, DARK AND DEADLY series and THE SECRET LIFE OF AMY BENSEN series, both spent several months on a combination of the New York Times and USA Today bestselling lists. Lisa is presently working on a dark, edgy new series, Dirty Money, for St. Martin's Press.Prior to publishing Lisa owned multi-state staffing agency that was recognized many times by The Austin Business Journal and also praised by the Dallas Women's Magazine. In 1998 Lisa was listed as the #7 growing women owned business in Entrepreneur Magazine.Lisa loves to hear from her readers. You can reach her at www.lisareneejones.com and she is active on Twitter and Facebook daily