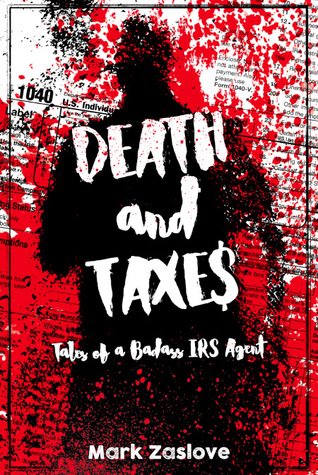 Title:  Death and Taxes (Tales of a Badass IRS Agent, #1)

Review:
The title alone should have this book flying off the shelf.  The second an email pop up in my in box requesting me to read this book I couldn't say no. This time judging a book by its cover has paid off.
This is a must read can't miss book and to top it off I found myself laughing a few times with the tax write off people come up with.
They story is well paced that keeps readers engaged and will be excited for the next installment in the series.  If you love a good mystery, well crafted story and characters that jump off the pages this book is a must read.
Thank you to Aperient Press for the Copy of Mark David Zaslove Death and Taxes.

Synopsis:
Death and Taxes follows Mark Douglas, an ex-Marine turned IRS agent, who, along with auditing the weird and the profane, also goes out with his gang of government-sanctioned revenuers over weekends, merrily gathering back-taxes in the form of cash, trade or MILFs-with-their-robes-open barter.Things turn ugly when Mark’s favorite boss and dearest friend Lila is tortured and killed over what she finds in a routine set of 1040 forms. Mark follows a trail dotted with plutonium-enriched cows, Saudi sheikhs with jewel-encrusted wieners (and we’re not talkin’ Oscar Mayer), edge-of-death ex-drug sniffing dogs named The Cabbage, overly-excited magicians who pull doves out of orifices that shouldn’t have doves pulled out from them, billionaire Texans with fetishes for barbecue-sauced ladies underthings, and even an FBI agent whose nickname is “Tightass.” All of which lead to more and bloodier murders.With aid from his IRS pals—Harry Salt, a crazed thirty-year vet with a quantum physical ability to drink more than humanly possible; Wooly Bob, who’s anything but wooly, egg-bald on top with shaved eyebrows for effect; Miguel, an overly excited newbie, with a company-issued bullhorn and a penchant for getting kicked in the jumblies—Mark hunts down the eunuch hit man Juju Klondike and the mee krob snorting Mongolian mob that hired him as only an angry IRS agent can. There will be no refunds for any of them when April 15th comes around. There will only be Death and Taxes. 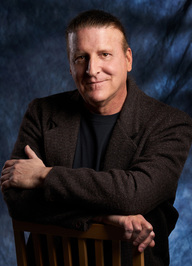 Mark Zaslove is a long-standing writer/director/producer, live-action and animation entertainment industry veteran, working in both movies and television. He’s done time – scratch that – created content for all the major studios, including Disney, Universal, Paramount and Warner Bros. A two-time Emmy Award winner for writing/producing, Mark also won the Humanitas Prize (for writing uplifting human values in television and movies – go figure). He also writes short fiction and right after college (where he studied astrophysics), he served as senior editor on various magazines including a couple for the notorious LFP, Inc.—google it—but from there he went to “Winnie the Pooh,” so his karma is still cool.Finally, one day, he got fed up with the rigorous structure of scriptwriting and everyone giving him notes and decided: “WTH! Time to stretch my legs, step on the gas and write a novel for the sheer fun of it!” And voila, almost before you could say “Death and Taxes,” the book was done. What’s more, it’s just the first in a series of fast-paced thrillers following the escapades of IRS agent Mark Douglas and his band of merry revenuers as they bring justice to those in great need of same, while collecting your Federal dollars along the way. Hey, for both Marks, it’s a living.