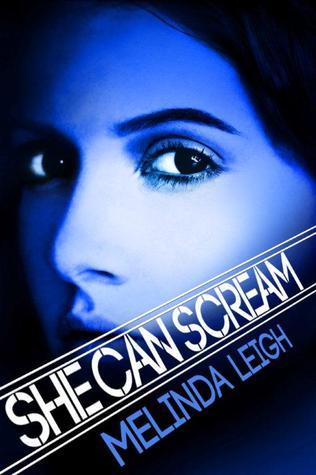 Title: She Can Scream

Review:
High school teacher and mother Brook Davenport interrupts an assault, saving a young girls life and drawing attention of a serial killer living in their community. Brook lost her college roommate to a brutal murder and now she teaches self-defense to control the guilt she carries on her shoulders for the last sixteen years which also ended her marriage. When her younger brother hears about the attack he quickly ask his friend Luke Holloway and computer expertise for help in protecting Brooke while he heads back into combat.

Luke Holloway was inured in a terrorist bombing over seas and goes to his childhood home to find himself again. Instead of taking time to get his head on straight he finds himself protecting his childhood crush and his best friends older sister Brook and her two teenage kids. Luke vows to protect her because he couldn't keep his young assistant safe. He find Brook is obsessed with crime to the point he feels he can't protect her until she faces her demons of her past.

I was looking for a new author to start my New Year and found Melinda Leigh's -  She Can series which was on Kindle Unlimited and I figured why not. I had several twitter author recommend I read this series and I was sent her Scarlet Fall series so I figure I liked that book so I hope I would like her She Can series. I can not only tell you that I loved it as much as I love Scarlet Falls but that I finished the entire series in a week after nights of insomnia. I love this series because it is a strong suspense thriller with strong female characters who can care of themselves but the reader will never be yelling "Stupid why did you do that." Their is just enough romance to keep romance readers reading to the very end. However I am more of the suspense reader so this series was perfect for me because I got the best of both worlds

Melinda Leigh's writing is first rate and quickly grabs the reader from page one withe vivid and mesmerizing action along with twist and turns keeping the reader guess to the end of the book. This book is a great romantic suspense without all the predictability I have found in other.

The She Can series has become one of my favorite series and I picked up the rest on Amazon Unlimited!

Thanks Heidi for the review.

Synopsis:  In one moment, high school teacher and single mother Brooke Davenport interrupts a vicious assault, saves a young woman’s life, and attracts the attention of a serial killer.
Sixteen years ago, Brooke lost her roommate to a brutal murder. Now she teaches women’s self-defense, still trying to heal from the guilt and grief that plague her. Convinced the predator knows his victims and is stalking his prey online, she is determined to find him before he strikes again. Her brother’s friend, Luke has the computer expertise to help. But Brooke’s unexpected desire for Luke complicates her investigation, and her fixation with the case provokes a deadly reaction from the killer.

Injured in terrorist bombing overseas, computer expert Luke Holloway is still haunted by flashbacks of his young assistant’s death in the explosion. But Luke can’t refuse the request of a deployed friend to look after his sister, Brooke. Taking on responsibility for Brooke’s safety threatens Luke’s tenuous recovery, especially after he develops feelings for her that transcend a promise to a friend. When Brooke saves a young girl from a brutal assault and becomes a killer’s obsession, Luke vows to protect her at all costs.

Author Information:  Melinda Leigh is a fully recovered banker. A life-long lover of books, she started writing when her youngest child entered first grade as a way to preserve her sanity. in 2007, she joined Romance Writers of America, learned a few things about writing a book, and decided the process was way more fun than analyzing financial statements. It was time to get serious about making her hobby a career. She began submitting her work in 2008. In 2009 she signed with an agent, who sold Melinda’s debut romantic suspense novel, SHE CAN RUN, in 2010 to Montlake Romance.

SHE CAN RUN released in November 2011 and became the #1 Bestseller in Kindle Romantic Suspense. SHE CAN RUN has been nominated for a 2012 Thriller Award for Best First Novel.

Melinda is also an avid martial artist. She holds a 2nd degree black belt in Kenpo Karate, studies Brazilian Jiu-Jitsu, and teaches women’s self-defense. She lives in a messy house in the suburbs with her husband, two teenagers, a couple of dogs and one neurotic cat with an inexplicable fear of ceiling fans. With such a pleasant life, she has no explanation for the sometimes dark and disturbing nature of her imagination

Other Review:
Kelly's Review
Posted by Unknown at 12:00 AM