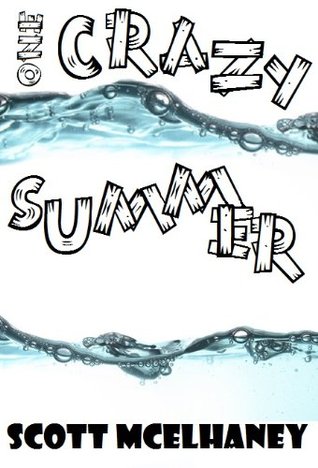 Review:  A book written for the young teenager market. It involves Brad obtaining his first employment at age 16 in a discount store. After an old employee drops dead from a heart attack Brad is cleaning out his locker and discovers that he has been looking for a million dollars plus that was stolen during a armored truck robbery in 1951. He brings in two of his coworkers and continues the search. A few upsets later they are successful and all ends well.

I would recommend this for anyone with young readers.

I gave it four stars.

I got the book from kindlebuffet.com.

Thanks Frank for this review.

Synopsis:   With over 175,000 books downloaded worldwide, the bestselling author of The Mystic Saga, Dominion, Saving Brooksie, and Ghosts of Ophidian now brings you a tale of three teenagers who may have just found a modern day treasure map at their summer job.

It’s the summer of 1999 and the price of gas is $1.09 per gallon, J-Lo is releasing her first album, and in the small town of Riverton, Bradley Brock is searching for 1.3 million dollars.

With the whole summer ahead of him, Bradley stumbles unwittingly into his first summer job. While it appears to be an opportunity to learn responsibility and make a few bucks in the process, it is anything but! With a manager that likes to play pranks and sports in the store, a cashier that is encouraged to harass customers, and a crazy guy who knocks holes in the walls, Brad finds himself almost alone in his sanity.

Then Brad discovers a journal that documents a fellow employee’s search for a large bag of money that was lost many years ago. With the assistance of two of his friends, he embarks on a journey to follow the trail of the money and ultimately to nab it for themselves.

The only problem – someone else is searching for the same bag of money and he’s willing to kill for it.

Scott McElhaney is the recipient of the Xulon Book Award for his first suspense novel “Mommy’s Choice.” Now he is making most of his novels available to Kindle readers at the very accessible price of only 99 cents. Scott is a veteran of the US Navy, a loyal husband of more than 18 years, and a father of two boys. He is currently employed as a finance supervisor at the Matco Tools corporate office while he maintains his "side job" as an author of suspense and science fiction. This book is the results of spending more than 5 years as the "world's worst store manager" (in his opinion) at a local business that will remain unnamed - some of the best years of Scott's life. 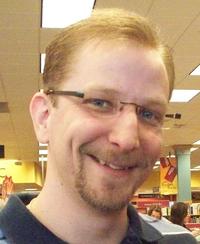 Author Information:   Scott's first novel, Mommy's Choice, was originally published in paperback under the pseudonym Scott Curtis. In under a year on the bookshelves, that novel won the National Christian Choice Book Award for romantic suspense. When Scott moved to a different publisher and started making his novels available to Kindle readers, he returned to his real name and reduced the prices to the absolute minimum allowed by Amazon.

Scott McElhaney currently resides in Ohio with his wife and two sons. He still maintains a full-time job as a credit supervisor at Matco Tools Corporate Office where he has worked for over 15 years. Although his books didn't become available to Kindle readers until December 2011, over 175,000 digital copies have been purchased to date and he still maintains a position in the top 100 worldwide in the "Sci-fi Space Opera" category.
Posted by Unknown at 12:00 AM