Well our mailbox has been busy with Christmas card, gifts and books.  Happy Boxing Day.  What did you get to read this holiday?

Everyone knows the story of the Boston Tea Party—in which colonists stormed three British ships and dumped 92,000 pounds of tea into Boston Harbor. But do you know the history of the Philadelphia Tea Party (December 1773)? How about the York, Maine, Tea Party (September 1774) or the Wilmington, North Carolina, Tea Party (March 1775)?

Ten Tea Parties is the first book to chronicle all these uniquely American protests. Author and historian Joseph Cummins begins with the history of the East India Company (the biggest global corporation in the eighteenth century) and their staggering financial losses during the Boston Tea Party (more than a million dollars in today’s money).

From there we travel to Philadelphia, where Captain Samuel Ayres was nearly tarred and feathered by a mob of 8,000 angry patriots. Then we set sail for New York City, where the Sons of Liberty raided the Londonand heaved 18 chests of tea into the Hudson River. Still later, in Annapolis, Maryland, a brigantine carrying 2,320 pounds of the “wretched weed” was burned to ashes.

Together, the stories in Ten Tea Parties illuminate the power of Americans banding together as Americans—for the very first time in the fledgling nation’s history. It’s no wonder these patriots remain an inspiration to so many people today.  Goodreads win, first reads.

When marine engineer and very part-time spook Tom Dugan becomes collateral damage in the War on Terror, he's not about to take it lying down.

Falsely implicated in a hijacking, he's offered a chance to clear himself by helping the CIA snare their real prey, Dugan's best friend, London ship owner Alex Kairouz. Reluctantly, Dugan agrees to go undercover in Alex's company, despite doubts about his friend's guilt. Once undercover, Dugan's steadfast refusal to accept Alex's guilt puts him at odds not only with his CIA superiors, but also with a beautiful British agent with whom he's romantically involved.

When a tanker is found adrift near Singapore with a dead crew, and another explodes in Panama as Alex lies near death after a suspicious suicide attempt, Dugan is framed for the attacks. Out of options, and convinced the attacks are prelude to an even more devastating assault, Dugan eludes capture to follow his last lead to Russia, only to be shanghaied as an 'advisor' to a Russian Spetsnaz unit on a suicide mission.

Deadly Straits is a non-stop thrill ride, from London streets, to the dry docks of Singapore, to the decks of the tankers that slake the world's thirst for oil, with stops along the way in Panama, Langley, Virginia, and Teheran. Richly spiced with detail from the author's 30 years sailing, building, and repairing ships worldwide, it is, in the words of one reviewer, "fast-paced, multilayered and gripping."  Sent by the author. 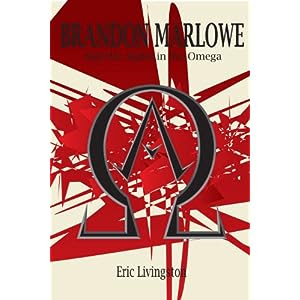 The war between Humans and Gods threatened the existence of both races when the powerful half-human, half-god offspring of the Gods known as Demigods brought their powers into the struggle. The Gods knew that for their way of life to continue, they had to fade into Humanity's memory. To do so, Zeus unleashed one of his most powerful weapons as a distraction - his own son, Alpha, the most powerful Demigod in history. Alpha's incredible powers had soon enslaved the Human race, so Zeus locked his son away forever before Alpha could use his Followers to challenge the Gods of Olympus.

At the School in Tartarus where students learn the skills to continue to wage the war on the Gods, Brandon Marlowe is back, continuing his second year. Having attained a ranking as the 10th best student in the School, Brandon is finally granted access to the restricted Omega library. Driven there by his relentless desire to learn the truth about his older brother's death, Brandon will also discover the carefully guarded secret of Alpha's existence. As more about the terrible threat he posed to the Human world is revealed, the top students in the school learn an even more terrible truth. Alpha's Followers are poised to release him into the world once again, and unless Brandon and the other ranked students can stop them, Humanity will fall. Send for review

Linus is taken prisoner from earth by a barbaric civilization rampaging through our galaxy. He is to be sold into slavery, spending his life toiling in the factories or front lines. Or he may be killed at any time for the amusement of his captors. This evil Empire is ruled by invincible tyrants with limitless abilities. They have powers to make any wish come true just by thinking of it. And the depravity of the rules filters down to every level of society. This empire has vast armies with advanced technology far beyond that of any of the conquered planets. Linus is not a superhero. He is an ordinary person with no special weapons or fighting skills. His journey through this society is a revelation about ourselves and our culture. It's a study of power, who has it and how they got it. This novel is about 157,000 words (about twice the size of the average sci-fi book). It is not intended for children or teenagers, but will be entertaining to thinking adults. Sent for review.

Cal Lyte, a gun-loving venture capitalist, is tired of paying alimony to his ex-wife Tabytha. Plotting to blackmail her and derail her campaign for Congress, he enlists the help of their daughter's boyfriend, British academic Reid Seyton, to unearth some Lyte family secrets. But the results turn out to be more than anyone bargained for, in an escalating cycle of revelations that will leave nobody's life the same.  Sent for review.
Posted by Unknown at 3:10 AM