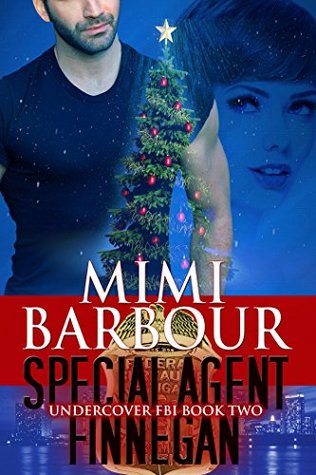 Review:
The author Mimi Barbour doesn't disappoint with her ability to tell stories that bring emotion, excitement and down right action pack in a nice little wrapping.  Readers will finish the book before they even know it and will be wanting more.
This can be read as a stand a lone novel or as part of the series either way Readers will not be disappointed.
Thank you to Netgalley and the publisher Sarna Publishing for a copy of Mimi Barbour Special Agent Finnegan

Synopsis:
When Special Agent Finnegan O'Reilly gets shot, and the news brings on his father’s heart attack, he decides to take leave from more undercover assignments. The O'Reilly has suffered enough and Finnegan can’t be the cause of more distress for this beloved old rascal. Then his boss forces one more case on him - to take place in their own pub. Acting as the target to expose serial, suicide killers rampaging through New York City, Finn must play the part of a wife-beater, a cheating husband and an all-time jerk. No problem, until he meets his make-believe wife. Renée Knight enjoys her job as a New York City cop. Her disguises have become a permanent fixture in her life. No one really knows what she looks like except for the father she loves fiercely… the man, whose suicide makes no sense. If it means going undercover in an Irish pub where the culprits hang out, she’s their girl. Playing the victim wife of the bar owner to catch the killers—easy. But they never intend for her to fall for this guy, she does this all on her own. Now she has to hire the assassins to arrange his suicide. Will she catch them, before they complete the mission? 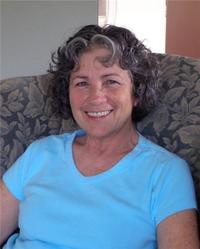 Mimi is an incredibly busy NYT and USA Today award-winning, best-selling author who has seven series to her . The Vicarage Bench Series – Spirit/Time -Travel tales that have a surprising twist / The Angels with Attitude Series – Angels Love Romance / The Elvis Series – Make an Elvis song a book / Vegas Series – 6 books  of romantic suspense, humor and gritty conflicts / and… the fast-paced, edgy, humorous, romantic suspense, Undercover FBI Series /The  Heatwarmer Series - puppies become cupids. And the latest, explosive Mob Tracker Series - five books full of conflicts and characters you'll hate to leave.Mimi lives on the East coast of Vancouver Island with her husband and writes her various romances with tongue in cheek and a mad glint in her eye. She’s been known to say: “If I can steal a booklover’s attention away from their every-day grind, absorb them into a fantasy love story, and make them care about the ending, then I’ve done my job.”
Posted by H. Wimmer at 12:00 AM