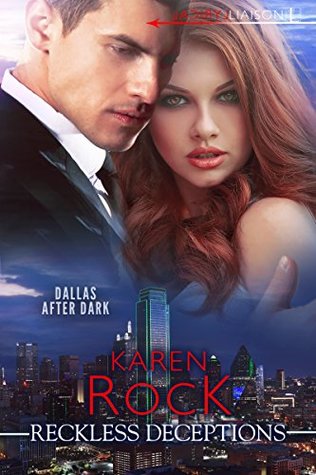 Review:
Karen Rock is able to create two likable characters that develop friendship over time while trying to terrorist from ending everything they have worked so hard to save.
Erica is interesting character with more depth than I originally thought as I read the synopsis.  She is strong willed wanting to complete the mission she created even though David by the rules refuses see her for more than a wash up CIA agent.
The story moves quickly and effortlessly from beginning to end of the story keeping readers engaged.
The perfect story to curl up and read during the winter rights. The romance will keep readers warm.

Synopsis:
Erica Keeley has always been willing to break the rules to catch a criminal, until her unorthodox tactics get her booted from the CIA and betrayed by the man she trusted. Now, gone rogue to stop a terrorist group, she’s working undercover at Dallas’s top male strip and burlesque club, dancing alongside sexy, sculpted men. Not that any of her co-workers give her the adrenaline rush she got from her former life. Erica hits the jackpot when she overhears her targets discussing a homegrown terrorist plot. But her last shot at redemption means getting up close and personal with her traitorous ex. Control is what CIA officer David Arnell values above all things. Yet he was irresistibly drawn to Erica’s impulsive, uninhibited nature in the field—and in bed—until her bull-headed tactics risked the agency’s mission. Teaming up to stop a deadly attack, he’s falling again for this spontaneous, high-octane woman. And with Erica’s ties to the terrorists proving closer than either of them expected, the riskiest mission of all might be this second chance at love 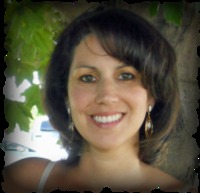 Karen Rock is an award-winning YA and adult contemporary author. She holds a Master of Fine Arts in English and worked as an ELA instructor before becoming a full-time author. Her Harlequin Heartwarming novel, A LEAGUE OF HER OWN, has won the 2015 National Excellence in Romance Fiction Award and the 2015 Booksellers Best Award. Her Heartwarming novel, WISH ME TOMORROW, has won the 2014 Gayle Wilson Award of Excellence and the 2014 Golden Quill Contest. Her co-authored YA novel, CAMP BOYFRIEND, has been a finalist in the Booksellers Best and Golden Leaf awards. When she's not writing, Karen loves scouring estate sales for vintage books, cooking her grandmother's family recipes, hiking and redesigning her gardens. She lives in the Adirondack Mountain region with her husband, daughter, and two lovable dogs who have yet to understand the concept of "fetch" though they know a lot about love. http://www.karenrock.com
Posted by H. Wimmer at 12:00 AM