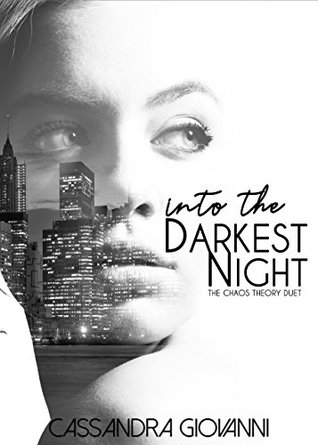 Title: Into the Darkest Night (The Chaos Theory Duet Book 1)

Review:
If you have ever seen on episode of the CW Arrow TV show the author  in her own way tells you the same story to the point it is laughable.  She didn't really change the characters rich playboy kidnapped on lost on a island where he learned skills to kill ect.  The woman Ana Jacobs same thing kidnapped on a island and is beaten, has scars, ect and wants to right the wrongs of her rich up bring.
Levi is Oliver and she doesn't even try to hid the face with his best friend dating his ex girlfriend.

This book screams of plagiarism in the since that the story, the Inner Circle, the characters are all very similar to the TV show Arrow and lack any creative story line that differs itself from the TV series.
The story lacks focus because it jumps between present and past.  It is a series but ends in a very excepted cliff hanger.

The author put her best foot forward but failed in using a very popular TV and comic book show as her basic story.
Thank you to netgalley for a copy Cassandra Giovanni  Into the Darkness #1

Synopsis:
I was born a child of the Elite; destined to live a life of privilege in Sun City. With one decision I gave it all up. Ana Jacobs knows the Elite and their depravity all too well. She was one of them once. Her father was a member of the Inner Circle and head of the Trinity funding the corruption of Sun City. When he learned she knew the names of those he'd hidden so well, he turned his back on her; had her kidnapped and tortured to protect his secrets. When she escapes the island and learns of her father’s death at the hands of a knife-wielding vigilante called the Nightwatchman, she returns to Sun City, vowing to use her knowledge to protect the city. As a city cop, she blends into the background, and no one suspects her real motives. Levi Bennett knows where Ana’s been. He's also an Elite, but where Ana was sent to the island, he ended up there by accident. While Ana buries herself in her work and stopping the flow of illegal drugs and weapons into the poverty-stricken Blue District, Levi covers his pain by partying and spending his trust fund on buying bars and restaurants. Thrown together by Levi’s constant pressing of the limits, the two can’t deny the connection they share through their dark pasts. Their demons are one in the same, but some demons can’t be tamed. 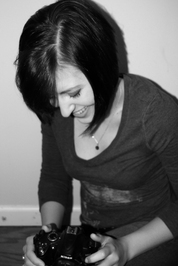 Cassandra doesn't remember a time when she wasn't writing. In fact, the first time she was published was when she was seven years old and won a contest to be published in an American Girl Doll novel. Since then Cassandra has written more novels than she can count and put just as many in the circular bin. Her personal goal with her writing is to show the reader the character's stories through their dialogue and actions instead of just telling the reader what is happening. Besides being a writer, Cassandra is a professional photographer known for her automotive, nature and architectural shots. She is happily married to the man of her dreams and they live in the rolling hills of New England with their daughter and two dogs.
Posted by H. Wimmer at 12:00 AM