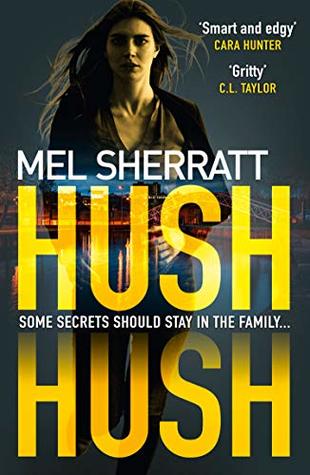 Review:
Hush Hush is stuck between a police procedural and maybe a thriller. There are many times I felt like I was missing a part of another story but as a reader I know this is the first in a series.  So I was left scratching my head at times.
The Characters have dept with enough knowledge readers are able to figure out the killer before Grace figures it out.  The story has enough suspense to keep readers wanting more but confused at times on how Grace is able to connect with other people.
The story has levels that will have readers thinking about what they had read.  Moments of heartache as well as what were you thinking.

Fans of this author I will tell you this is a must not new series.  Those starting this series might take it slow before buying all her books at once to get a better feel of her writing style.

Synopsis:
A killer is on the loose, attacking people in places they feel most safe: their workplaces, their homes. It’s up to DS Grace Allendale to stop the murders, and prove herself to her new team.

All clues lead to local crime family the Steeles, but that’s where things get complicated. Because the Steeles aren’t just any family, they’re Grace’s family. Two brothers and two sisters, connected by the violent father only Grace and her mother escaped.
To catch the killer, Grace will have to choose between her team and her blood. But who do you trust, when both sides are out to get you?
Kindle Edition, 400 pages
Expected publication: October 18th 2018 by Avon

About The Author:
I write police procedurals, psychological suspense and women's fiction with a punch - or grit-lit, as I call it. I live in Stoke-on-Trent, Staffordshire, with my husband and terrier, Dexter (named after the TV serial killer) and makes liberal use of my hometown as a backdrop for some of my books 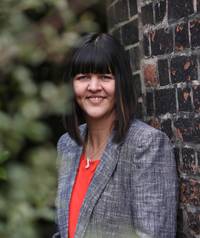