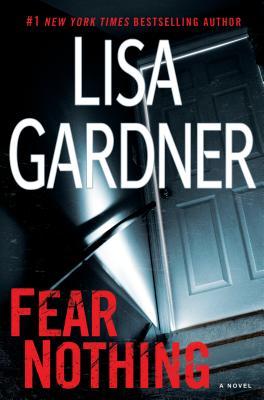 Review:
First book I have read by this author and I am hooked. This was an excellent murder mystery grounded in a law firm in the middle of a reverse discrimination complaint against them. The story moves along nicely and comes with an unexpected, kick in the groin, twist when the murder is solved by the very pregnant heroine. I recommend this book to everyone who enjoys a book about lawers and the practice of law.

I have rated this book 4.5 stars.
I received an ARC from Netgalley for my unbiased review.
Heidi I was unable to get a screenshot of the front of the book so did the next best thing that was possible.  Thank you Frank for your Review

Synopsis:
My name is Dr. Adeline Glen. Due to a genetic condition, I can’t feel pain. I never have. I never will. The last thing Boston Detective D. D. Warren remembers is walking the crime scene after dark. Then, a creaking floorboard, a low voice crooning in her ear. . . . She is later told she managed to discharge her weapon three times. All she knows is that she is seriously injured, unable to move her left arm, unable to return to work.My sister is Shana Day, a notorious murderer who first killed at fourteen. Incarcerated for thirty years, she has now murdered more people while in prison than she did as a free woman.Six weeks later, a second woman is discovered murdered in her own bed, her room containing the same calling cards from the first: a bottle of champagne and a single red rose. The only person who may have seen the killer: Detective D. D. Warren, who still can’t lift her child, load her gun, or recall a single detail from the night that may have cost her everything.Our father was Harry Day, an infamous serial killer who buried young women beneath the floor of our home. He has been dead for forty years. Except the Rose Killer knows things about my father he shouldn’t. My sister claims she can help catch him. I think just because I can’t feel pain doesn’t mean my family can’t hurt me. D.D. may not be back on the job, but she is back on the hunt. Because the Rose Killer isn’t just targeting lone women, he is targeting D.D. And D.D. knows there is only one way to take him down:Fear nothing.

Hardcover, 416 pages
Published January 7th 2014 by Dutton
About The Author:

aka Alicia ScottNew York Times bestselling crime novelist Lisa Gardner began her career in food service, but after catching her hair on fire numerous times, she took the hint and focused on writing instead. A self-described research junkie, she has parlayed her interest in police procedure, cutting edge forensics and twisted plots into a streak of eleven bestselling suspense novels.Readers are invited to get in on the fun by entering the annual "Kill a Friend, Maim a Mate" Sweepstakes, where they can nominate the person of their choice to die in Lisa's latest novel. Every year, one lucky stiff is selected for literary immortality. It's cheaper than therapy, and you get a great book besides. For more details, simply visit Lisa's website.Lisa lives in the White Mountains of New Hampshire with her family, as well as two highly spoiled dogs and one extremely neurotic three-legged cat. Lisa graduated Magna Cum Laude from the University of Pennsylvania with a degree in international relations.
Posted by H. Wimmer at 12:00 AM