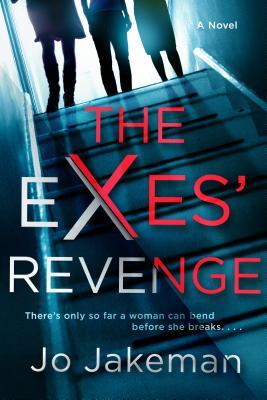 Review:
A compelling story of the physical and mental abuse of three women (two wifes, 1 girlfriend) by the same man. You have to read the book to understand how it happened and to gain insight on how they finally came together to seek their revenge. The finale is not their revenge but it is a sweet justice. While this is a fictional book I am sure that the abuse mirrors life more than we can imagine.

I have given this book a four star rating.
I received an ARC from  Netgalley for my unbiased review.

Synopsis:
Divorces are often messy, and Imogen's is no exception. Phillip Rochester is controlling, abusive, and determined to make things as difficult as possible. When he shows up without warning demanding that Imogen move out of their house by the end of the month or he'll sue for sole custody of their young son, Imogen is ready to snap.In a moment of madness, Imogen does something unthinkable--something that puts her in control for the first time in years. She's desperate to protect her son and to claim authority over her own life.But she wasn't expecting both Phillip's ex-wife and new girlfriend to get tangled up in her plans. These three very different women--and unlikely allies--reluctantly team up to take revenge against a man who has wronged them all.