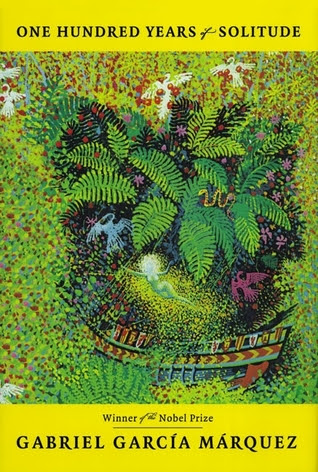 Title: One Hundred Years of Solitude

Review:  I really don’t understand this book. I don’t understand why it gets the praise it gets and certainly don’t understand how the author could win a Nobel Prize for his works. If this is how his other books are written, I think I’ll pass. I am hoping, however, since it was originally written in Spanish, and I read it in English that maybe, just maybe something got lost in translation.

Mr. Marquez says that he tells the story as his grandmother used to tell stories to him: with a brick face. I’d bet you a good amount of money I wouldn’t like his grandmother’s stories. This is not an easy read. It is not a page turner. It is a “should I keep reading this anyway? It has to get better…” kind of a book. But it doesn’t.

It could be that I’m not scholarly enough to understand the deeper meaning behind the characters (who all seem to have the same name and I couldn’t tell who was who) and their trials and the “history repeats itself” theme going on. But, I do know that the plot seemed jumbled together. You could probably mix up the pages and it would still make just as much sense. It was as if he just threw in random things like “let’s have a handicapped girl be so beautiful she inadvertently kills men.” Or “Let’s toss in incestuous relationships here and there” and “why don’t we have somebody eat dirt and walls!” Maybe Pig’s tails are the new black. The characters and relationships are so completely inexplicable. Not only that, but Marquez doesn’t develop his characters at all. As soon as the reader might get a little bit excited about what may happen to a character, Marquez stops writing about them. I don’t know how any reader could get attached to anybody in the book. There is no emotion, no dialogue. “Brick face” may be an apt description. It is an extremely flat narration.

I got over halfway done with the book and couldn’t figure out what I was reading about. There was absolutely nothing to look forward to. No hopes for a certain character or anything. It’s as if you only get glimpses of people’s lives without the necessary intimate details to draw you to them. A peephole sort of world. There is nothing fulfilling about this read. You leave it just as empty as when you started it.

If you are interested in this book, I suggest you have somebody who has already read it tell you the story. It is much more interesting told then it is read. It may even be funny depending on who told it to you. That way you don’t need to read 200 pages just to crack half a confused smile. Otherwise, it isn't worth your time and you’re not missing much without having read it.

Thanks Heather for this review.

Synopsis:  One of the 20th century's enduring works, One Hundred Years of Solitude is a widely beloved and acclaimed novel known throughout the world, and the ultimate achievement of a Nobel Prize winning career.

Love and lust, war and revolution, riches and poverty, youth and senility -- the variety of life, the endlessness of death, the search for peace and truth -- these universal themes dominate the novel. Whether he is describing an affair of passion or the voracity of capitalism and the corruption of government, Gabriel Garcia Marquez always writes with the simplicity, ease, and purity that are the mark of a master.

Alternately reverential and comical, One Hundred Years of Solitude weaves the political, personal, and spiritual to bring a new consciousness to storytelling. Translated into dozens of languages, this stunning work is no less than an accounting of the history of the human race. 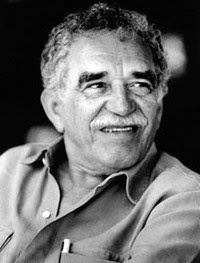 Author Information:  Gabriel José de la Concordia Garcí­a Márquez is a Colombian novelist, short-story writer, screenwriter and journalist. Garcí­a Márquez, familiarly known as "Gabo" in his native country, is considered one of the most significant authors of the 20th century. In 1982, he was awarded the Nobel Prize in Literature.

He started as a journalist, and has written many acclaimed non-fiction works and short stories, but is best-known for his novels, such as One Hundred Years of Solitude (1967) and Love in the Time of Cholera (1985). His works have achieved significant critical acclaim and widespread commercial success, most notably for popularizing a literary style labeled as magical realism, which uses magical elements and events in order to explain real experiences. Some of his works are set in a fictional village called Macondo, and most of them express the theme of solitude.