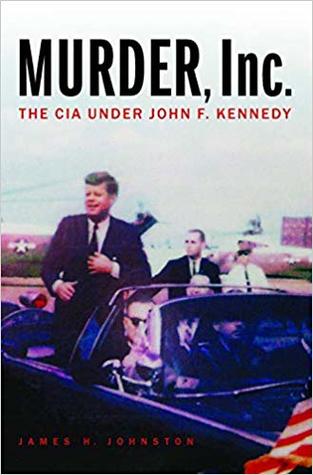 Review:
I will admit that I am a little bit of a conspiracies theory nut when it comes to JFK. The Author James H. Johnston creates a question and researches it the point readers will not be able to see anyone else view but the authors as truth.
This book isn't for the causal readers but those who are interested in the topic as well as the Era which the book covers.
The book has interesting ideas I am not one to completely believe everything he writes in this book but his research is hard to dispute.
Thank you to Netgalley and the publisher Potomac Books for the advance copy of James Johnston Murder Inc

Synopsis:
Late in life, former President Lyndon Johnson told a reporter that he didn’t believe the Warren Commission’s finding that Lee Harvey Oswald acted alone in killing President John Kennedy. Johnson felt Cuban President Fidel Castro was behind it. After all, Johnson continued, Kennedy was running “a damned Murder, Inc. in the Caribbean,” giving Castro reason to retaliate. Surprisingly, despite continuing public fascination with the CIA and with Kennedy’s assassination, no one has written about Murder, Inc. and its connection with Kennedy’s death. James Johnston was a lawyer for the 1975 Senate Intelligence Committee, which investigated and first reported on the assassination plots and their relation to Kennedy’s murder, and so brings a special expertise to the subject. Murder, Inc. is a chronological narrative of the CIA’s assassination operations from their start, a few months before Kennedy took office, to their end with Kennedy’s assassination. It continues through the many subsequent investigations.

The book is sourced largely from the National Archives’ huge holdings on the Kennedy assassination that have been declassified under the Assassination Records Review Act. While some proponents of the Act expected the secret documents would contain bombshells about the assassination, many deal instead with Murder, Inc. n a nutshell, the story is that in 1960, the CIA engaged the Mafia to kill Castro. One CIA officer termed it simply a “contract.” This arrangement continued through the October 1962 Cuban Missile Crisis. Frustrated by the lack of results, Kennedy ordered the Agency to come up with a better plan. By the spring of 1963, it proposed that rather than kill Castro, it would orchestrate a coup to overthrow him. This plan moved into high-gear in September 1963 when the CIA began meeting secretly outside Cuba with a friend of Castro who was willing to lead the coup. But, he also said they would need to kill Castro and asked the CIA to provide him with assassination weapons: rifles with telescopic sights and an exotic poison dart-gun. The CIA put off agreeing until four days before Kennedy was killed. As a result, it was meeting with the Castro assassin to arrange delivery of the weapons at the very moment Kennedy was assassinated in Dallas. Within weeks of becoming President, Lyndon Johnson ordered the operation stopped. His Murder, Inc. comment is an obvious reference to what he was told before making this decision. 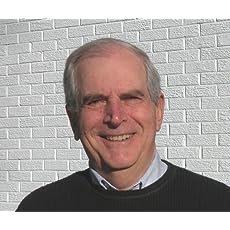 Jim Johnston is a lawyer, journalist, and lecturer in Washington DC. His writings have appeared in the New York Times, the Washington Post, White House History, the Howard Law Journal, Legal Times of Washington, American Lawyer Magazine, Corporate Counsel, and the Maryland Historical Society Magazine.
Posted by H. Wimmer at 12:00 AM