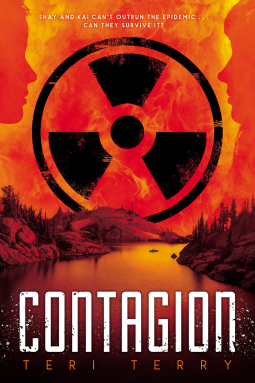 Review:
Contagion comes out a little to late in the game of post apocalypse plague stories that have been coming and going for the last few years.  The story isn't new but it is well written and the characters are strong and likable.
The book isn't bad nor is it unbelievable awesome it is what it is.

Fan of Plague Apocalypse stories for adults or teen well enjoy this latest addition this genre but reader who feel a little warn out might want to pass on Contagion for now.

Thank you to Netgalley and the publisher for the advance copy of Teri Terry Contagion.

Synopsis:
Young teen Callie might have been one of the first to survive the disease, but unfortunately she didn't survive the so-called treatment. She was kidnapped and experimented upon at a secret lab, one that works with antimatter. When she breaks free of her prison, she unleashes a wave of destruction. Meanwhile her older brother Kai is looking for her, along with his smart new friend Shay, who was the last to see Callie alive.Amid the chaos of the spreading epidemic, the teens must find the source of disease. Could Callie have been part of an experiment in biological warfare? Who is behind the research? And more importantly, is there a cure? 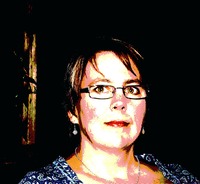 Teri has lived in France, Canada, Australia and England at more addresses than she can count, acquiring three degrees, a selection of passports and a silly name along the way. Past careers have included scientist, lawyer, optometrist, and, in England, various jobs in schools, libraries and an audiobook charity. The footpaths and canal ways of the Buckinghamshire Chilterns where she now lives inspired much of the setting of Slated. She hates broccoli, likes cats, and has finally worked out what she wants to do when she grows up.
Posted by H. Wimmer at 12:00 AM