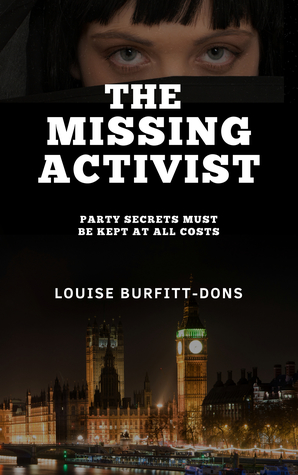 Review:
The main plot for the story was excellent and fit well into today's age. However, the lack of in depth background for main characters left me confused at times. The story is told by different characters as their part in the tale takes place. I enjoyed the overall story but felt there was an overload, of some viewpoints, at different times which did not contribute to the overall storyline. I was satisfied with the ending but felt the justice system part of the story was greatly dismissed by the author.

I have rated this book 3 stars. Enjoyable but not unforgettable.
I received an ARC from Netgalley for my unbiased review.
Thank you Frank for your review!

Synopsis:
Post-Referendum Britain and a country on high alert for terrorist attacks.When a young political activist goes missing in London, an off the wall Private Investigator Karen Andersen is called to investigate. In doing so, she uncovers secrets of a party system which prizes loyalty above truth, a serial killer and a female Jihadi plotting deadly revenge on the British government. 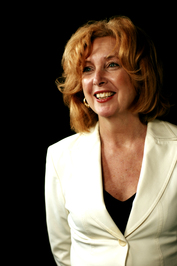 Louise Burfitt-Dons is a playwright, screenwriter, author of Act Against Bullying and founder of the children’s charity in the same name. She wrote Moderating Feminismafter chairing so many spirited feminist debates. Born in Kuwait she has lived in Australia and France and the UK. Louise has also written under the name of Louise Byres. Her two daughters Brooke and Arabella are now grown up, but she lives with her ex-pilot husband Donald in London. Her debut crime thriller The Missing Activist is published in June 2018.