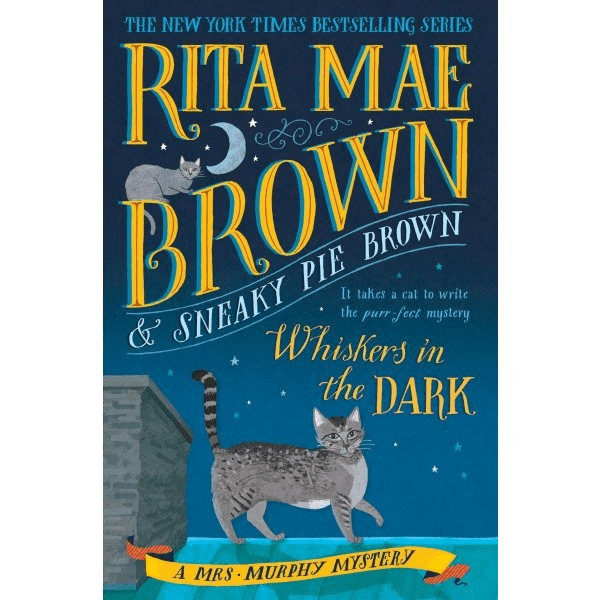 Review:
As a fan of the author I looked forward to this offering only to be slightly disappointed. The story line jumped between centuries with murders in both and a Civil War battle thrown in between for good measure. As a retired criminal investigator I did not feel that any of the incidents were fully explained or delt with satisfactorily. I liked the main story line but felt cheated by the conclusion.

I have rated this book 3 stars.
I received an ARC from Netgalley for my unbiased review. Thank you Frank for the Review.

Synopsis:
The discovery of a body in the beautiful Blue Ridge mountains dredges up mysteries that have lingered from Revolutionary Virginia through the Civil War and beyond, in a supernaturally thrilling new tale from Rita Mae Brown and her feline co-author Sneaky Pie Brown. A trial is underway in Albemarle County, where Mary Minor "Harry" Harristeen and her trusty crew of two- and four-legged friends hope to catch a killer--who may not be the person accused of the crime. Since an old friend's body was discovered by the hunting club's faithful beagles, it has been up to Harry--with her crime-solving cats Mrs. Murphy and Pewter, and Tee Tucker the corgi--to sniff out a trail of clues. Meanwhile, bloodshed dating back generations continues to haunt the current grounds of the National Beagle Club of America. Are past claims of ghost sightings still to be ignored? And what do these paranormal apparitions have to do with the very modern drama unfolding in court and the all-too-real threats confronting Harry and her companions at every turn? 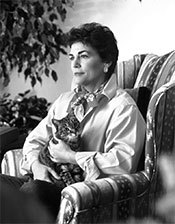 Rita Mae Brown is a prolific American writer, most known for her mysteries and other novels (Rubyfruit Jungle). She is also an Emmy-nominated screenwriter.Brown was born illegitimate in Hanover, Pennsylvania. She was raised by her biological mother's female cousin and the cousin's husband in York, Pennsylvania and later in Ft. Lauderdale, Florida.Starting in the fall of 1962, Brown attended the University of Florida at Gainesville on a scholarship. In the spring of 1964, the administrators of the racially segregated university expelled her for participating in the civil rights movement. She subsequently enrolled at Broward Community College[3] with the hope of transferring eventually to a more tolerant four-year institution.Between fall 1964 and 1969, she lived in New York City, sometimes homeless, while attending New York University[6] where she received a degree in Classics and English. Later,[when?] she received another degree in cinematography from the New York School of Visual Arts.[citation needed] Brown received a Ph.D. in literature from Union Institute & University in 1976 and holds a doctorate in political science from the Institute for Policy Studies in Washington, D.C.Starting in 1973, Brown lived in the Hollywood Hills in Los Angeles. In 1977, she bought a farm in Charlottesville, Virginia where she still lives.[9] In 1982, a screenplay Brown wrote while living in Los Angeles, Sleepless Nights, was retitled The Slumber Party Massacre and given a limited release theatrically.During Brown's spring 1964 semester at the University of Florida at Gainesville, she became active in the American Civil Rights Movement. Later in the 1960s, she participated in the anti-war movement, the feminist movement and the Gay Liberation movement.Brown took an administrative position with the fledgling National Organization for Women, but resigned in January 1970 over Betty Friedan's anti-gay remarks and NOW's attempts to distance itself from lesbian organizations. She claims she played a leading role in the "Lavender Menace" zap of the Second Congress to Unite Women on May 1, 1970, which protested Friedan's remarks and the exclusion of lesbians from the women's movement.In the early 1970s, she became a founding member of The Furies Collective, a lesbian feminist newspaper collective in Washington, DC, which held that heterosexuality was the root of all oppression.Brown told Time magazine in 2008, "I don't believe in straight or gay. I really don't. I think we're all degrees of bisexual. There may be a few people on the extreme if it's a bell curve who really truly are gay or really truly are straight. Because nobody had ever said these things and used their real name, I suddenly became [in the late 1970s] the only lesbian in America."
Posted by H. Wimmer at 12:00 AM