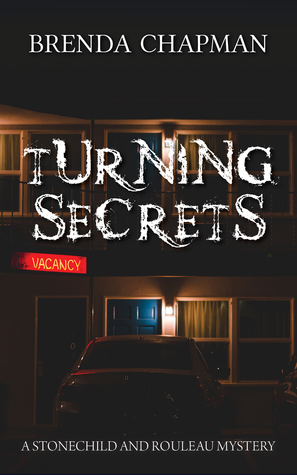 Review:
Although this is book 6 in a series it is the first one I have read. I found the storyline to be solid and easy to follow. A mystery which involves good old fashioned policing and grinding techniques. It involves underage prostitution and trafficking of young women. I think it will keep the readers interested until the final chapter.

I have rated this book 4 stars.
I received an ARC from Netgalley for my unbiased review.
Thank you Frank for the Review.

Synopsis:
Former teenage runaway and new single mother Nadia Armstrong moves to Kingston to turn her life around. But six months after she rents a low-end apartment, her body is found on a concrete slab at an isolated construction site.Major Crimes begins piecing together her last days, uncertain if this is a case of suicide or murder. To make matters more difficult, a member of the team is leaking information to reporter Marci Stokes, putting Staff Sergeant Rouleau in a precarious position.Meanwhile, Officer Kala Stonechild’s niece, Dawn, is secretly corresponding with her father, who’s out on early parole. Dawn’s friend Vanessa is also keeping a dangerous secret — her relationship with an older man named Leo, who preys on young girls. And it’s not long before he has Dawn in his sights. 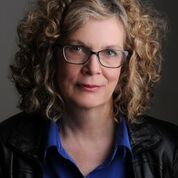 I'm an Ottawa author with 18 published novels in the mystery genre, both adult and YA. I am currently writing two adult mystery series: The Stonechild and Rouleau police procedurals from Dundurn include Cold Mourning (2014), which was shortlisted for an Arthur Ellis Award for crime novel of the year, Butterfly Kills, Tumbled Graves, Shallow End and Bleeding Darkness. Turning Secrets, 6th in the series, will be released spring 2019.The Anna Sweet mysteries are novellas from Grass Roots Press for adult literacy or those wanting a quick read. My Sister's Keeper and No Trace were both shortlisted for an Arthur Ellis award and The Hard Fall and No Trace were shortlisted for the Golden Oak award.Previous published fiction includes: the Jennifer Bannon mysteries for ages 10+, a full length adult murder mystery In Winter's Grip (Dundurn 2010), and a Rapid Reads mystery The Second Wife (Orca 2011), which was shortlisted for a Golden Oak award. Second Chances, a YA novel for ages 13+ was released by Dundurn in September 2012.
Posted by H. Wimmer at 12:00 AM