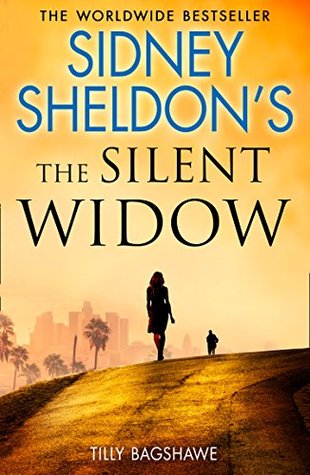 Review:
Author Tilly Bagshawe taking over where Sidney Sheldon left off with that she is taking a huge risk that didn't quite pay off as readers might have hoped.   The authors voice is very different from Sidney Sheldon yet she is still able to create a strong woman lead who readers will be able to bond with.  The book has too may characters that will cause readers to get lost with who is who.  The story is very basic yet the author tries hard to make it come complicated than the story should be causing the story drag on leaving readers flipping pages to get back to the action and twist of the story.
Thank you to Netgalley and the publisher for the Advance Copy of  Tilly Bagshawe Sidney Sheldon’s The Silent Widow.

Synopsis:
A young American au pair, Charlotte Clancy, vanishes without a trace in Mexico City. The case is left cold, but its legacy will be devastating.

A decade later, LA is shaken by a spate of violent murders. Psychologist Nikki Roberts is the common link between the victims, her patients at the heart of this treacherous web. When someone makes an attempt on Nikki’s life, it’s clear she is a marked woman.
Nikki makes a living out of reading people, drawing out their secrets, but the key to this shocking pattern eludes her. With the police at a dead end Nikki drafts in Derek Williams, a PI who isn’t afraid to put his hand into the hornet’s nest. Williams was thwarted in the notorious Charlotte Clancy case all those years ago, but what he unearths in LA – and the mention of one name in particular – leaves him cold, and takes him on a dangerous path into the past.
A shadowy manipulator has brought his deadly game to the streets of LA. In a crime spanning generations, it seems Nikki Roberts knows all too much – and a ruthless killer knows the price of her silence.
In this crooked city, where enemies and friends are one and the same, Nikki must be the master of her own escape .
Kindle Edition, 448 pages
Published June 14th 2018 by HarperCollins 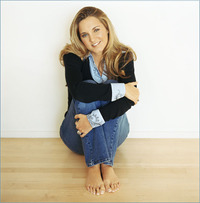 Matilda Emily N. Bagshawe was born on 12 June 1973 in England, UK. She attended local all-girls Catholic schools near her family home in Surrey. She was a single mother at 17, but she won a place at Cambridge University and took Persephone, her ten-month-old baby daughter with her. As a journalist, she went on to enjoy a successful career in London, and contributed regularly to The Sunday Times, Daily Mail and Evening Standard, before turning her hand to novels. Her first book, Adored as Tilly Bagshawe, was a smash hit on both sides of the Atlantic in 2005, and she hasn't looked back since.

Tilly is married Robin Nydes, a US businessman, and the couple have two sons together, Zac and Theo. The family divide their time between their homes in London and Los Angeles. Tilly is also the sister of the writer and politician Louise Bagshawe.
Posted by H. Wimmer at 12:00 AM