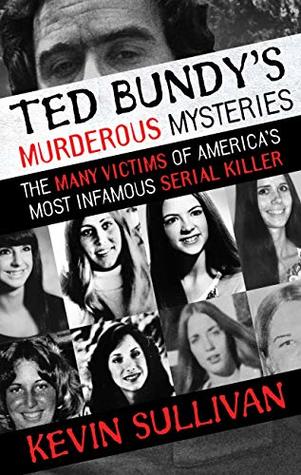 Review:
The author pulls together all the details other authors, investigator, researchers into this one book.  Kevin Sullivan takes all the researchers, investigators, personal accounts, newspaper stories and pulls readers into a story that at times will read like a textbook and other times reads like a true crimes novel.  The story bring the murders of different women and young girls that Ted Bundy murdered as well as the ones he refused to admit to killing to the light of day.
Each woman and young girls story is investigated though the authors eyes refusing to miss a single link in each and ever murdered victims. The author puts a name with the murdered victims so that the world doesn't forget these women.
While with current technology you can see how he would have been caught faster it realizing investigators at the time were working as hard as the could to find this charming mysterious killer.
Its crazy to think how he escaped and was able to keep on killing.
The author doesn't sugar coat anything he bring sit out even depressing detail.
Thank you to Netgalley and the publisher WildBlue Press for the copy of Kevin Sullivan Ted Bundy's Murderous Mysteries.


Synopsis:
Ted Bundy’s Murderous Mysteries is a deep-dive into the archival record of the America’s most notorious serial killer. It’s a veritable goldmine of information on Bundy, his victims, and this very voluminous case. Written by the foremost authority on Ted Bundy, this latest examination of this brutal serial killer contains new, revealing, and never-before published interviews with those close to Bundy, close to his victims, and a potential victim who barely escaped his clutches. Ted Bundy’s Murderous Mysteries brings to light for the first time many heretofore passed-over facts about Bundy and reveals previously hidden aspects of the lives of some of his victims. 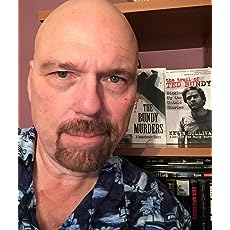 writer of history and true crime, Kevin M. Sullivan is the author of twelve books, a former investigative journalist for both print and online media, and is a recognized authority on serial sex killer, Ted Bundy. Indeed, his "break out" book, The Bundy Murders: A Comprehensive History, published by McFarland in 2009, was the catalyst that brought him much attention in the true crime world, leading to appearances on numerous radio programs and contacts from documentarians both here in the United States and the United Kingdom. Portions of his biography of Ted Bundy also appear in the college textbook, Abnormal Psychology: Clinical Perspectives on Psychological Disorders, published by McGraw-Hill in November 2012. His second work on the killer, The Trail of Ted Bundy: Digging Up the Untold Stories, contains a lot of new and previously unpublished information about Ted Bundy and this most infamous case, as well as new interviews from those who knew Bundy and called him a friend. And now, with the publication of The Bundy Secrets: Hidden Files of America's Worst Serial Killer, readers will get a rarely-seen look at the actual case files, many in their entirety. Revealing, raw, and unedited, they allow you to peer into the world of the investigators as they hunted a diabolical killer of women and young girls. With the publication of this latest work , Sullivan's trilogy of the life and murders of Ted Bundy is now complete.
Posted by H. Wimmer at 12:00 AM