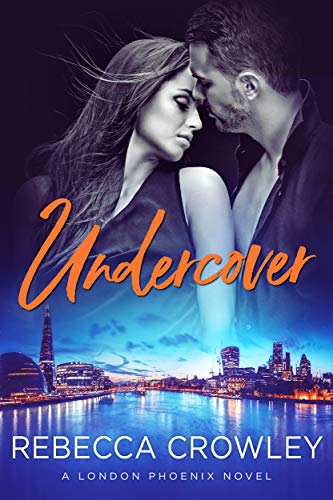 Review:
The story starts out interesting enough soon romance aka sexy aka steamy time takes over the story to the point readers might even get lost in the reason Asher and Ada are together.  Readers will get reminded many times over how beautiful Ada is to the point of an eye roll.
The story plays out like all romance novels that focuses on the sexual relationship only Ada plays more of the male role and Asher plays the more typical female role. (Just using it as a generalization and not what I think.)
The story falls flat many times as the romance seems to be the focal point of the story.  As a readers I perfer to have more of a blend between story and romance.  Undercover is 90% sex, thinking of sex and wanting sex.  While 10% of the story is Asher finding his path in life.
Thank you to Netgalley and the publisher for the advance copy of Rebecca Crowley Undercover.

Synopsis:
After almost ten years dodging bullets as a foreign correspondent, Asher Brody is struggling to find his place back in the U.K. – and in his family-run newspaper, the London Phoenix. He’s intent on proving he’s as committed as his brothers, even if it means putting on a suit and posh accent to investigate a high-ranking executive at an upscale retreat.Ada Hunter wasted years trailing her ex-boyfriend, only for him to turn his back when her documentary career finally took off. Now she’s beating her own path, and it’s taking her all over the world. To secure funding for her next project, she takes a risky job with the Phoenix posing as broody-sexy Asher’s fake girlfriend – too good to be true. They plan to spend a few days pretending to be a couple at a country estate before going their separate ways. But when bad weather strands them in the countryside, temptation develops into something more and the line between fantasy and reality becomes dangerously blurred.

Rebecca Crowley inherited her love of romance from her mom, who taught her to at least partially judge a book by the steaminess of its cover. She writes contemporary romance and romantic suspense with smart heroines and swoon-worthy heroes, and never tires of the happily-ever-after. Having pulled up her Kansas roots to live in New York City, London, and Johannesburg, Rebecca now resides in Houston.
Posted by H. Wimmer at 12:00 AM