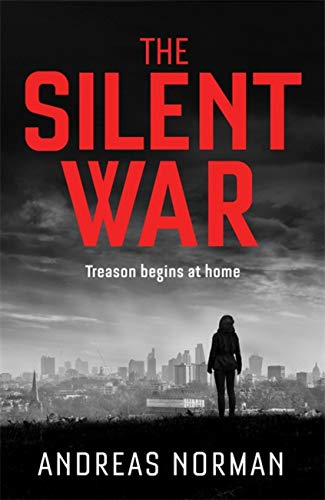 Review:
An excellent spy verus spy novel set in Brussels. The two powers involved are Sweden and England. The action moves along at a good pace so the reader does not have time to get bored. By the events referenced the reader knows the story is taking place at this time and not in the past or future. Also the bad guys in the story will be a surprise for most readers. This was a very enjoyable book which I read in two sittings.

I have rated this book 4.5 stars and would recommend it to anyone else who enjoys a good espionage tale.
I received an ARC from Netgalley for my unbiased review.

Synopsis:
As the head of Swedish Intelligence in Brussels Bente Jensen has many enemies, even among those who ought to be her allies, like Jonathan Green of MI6. In a city heaving with competing espionage agencies he is the person she fears and distrusts most. She has good reason. They share a past.Green has been part of an MI6 conspiracy to hold, interrogate, torture and kill its political prisoners in a safe house in Syria. This explosive information has been leaked to Bente by a conscience-stricken British operative. When it is clear she can expose this operation MI6 uses its full arsenal of dirty tricks to shame her, disgrace her, destroy her relationships and remove her from active service.But Green's private life has more in common with Bente's than he acknowledges. He is far from fireproof himself. Both spies will find themselves targets of the UK establishment's precisely calculated revenge.Like its highly acclaimed predecessor Into A Raging Blaze Andreas Norman's new novel is a morally and politically complex international thriller. Its nail-biting plot and sympathetic characters show the tragic human consequences of private and public treachery.

About The Author:
https://grandagency.se/books/silent-war/
Posted by H. Wimmer at 12:00 AM