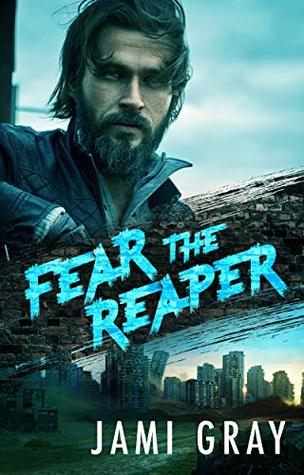 Review:
Not really a stand alone novel. This book is part of a series so if you haven't read any of the books readers will find themselves lost many times throughout the book. While the story takes place in a post apocalyptic world everyone is out for themselves.
The story is a second chance romance with cast of characters readers might get lost in knowing.
Fear the Reaper starts off slow and keeps a slow pace though most of the book.  The story doesn't seem to have a focus unless it is directed to the two lead characters romance.
Being only 200 pages the book read like it was 400 pages.
Thank you to Netgalley and the publisher for an advance copy of Jami Gray Fear The Reaper.

Synopsis:
When the hunter becomes the hunted, it’s time to reap what you sowed…

The world didn't end in fire and explosions, instead it collapsed slowly, like falling dominoes, an intensifying panic of disease, food shortages, wild weather and collapsing economies, until what remained of humanity battles for survival in a harsh new reality.

After vowing to never again put his life on the line for another’s ambitions, Reaper, leader of Fate’s Vultures, has earned himself a formidable reputation. Unfortunately, that reputation isn’t enough to stop an old enemy from retaliating. With bounty hunters sniffing at their heels, Reaper vows retribution and takes the Vultures to the one person no one expects—Lilith, the woman he once loved.
As leader of the Rocky Mountain territory, Lilith has paid dearly for a position that kept her secrets safe. When a looming threat draws close, every devil’s bargain she’s made falls by the wayside and she is forced to partner with the man who walked away.

With no choice but to work together against a common enemy, Lilith and Reaper need to find their way through the minefield of past betrayals and broken promises to ensure a future for those they’ve sworn to protect … before it all goes to hell. 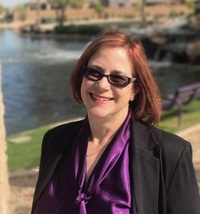