Synopsis:   The white mouse Albino always believed that he would live with the old farmer William Springer forever, eating Cheddar cheese and enjoying life at the farm. But after he is kidnapped by the street urchin Darl and violently thrown into a raging river to drown, he wakes up in the middle of a strange and mysterious forest and his life is changed forever as he finds himself in a world unlike anything he could ever imagine.
Aided by an odd crow, he begins an adventure filled with action, danger, and ultimately a final confrontation against his worst nightmares.
The ancient and cruel rats called the Ma’aldee are on the move, the Spiritual Guardians of the Land whisper in fear and dread of the coming of Emperor Loucura, Lord of the Ma'aldee.
Only Albino has the power to save the Land. 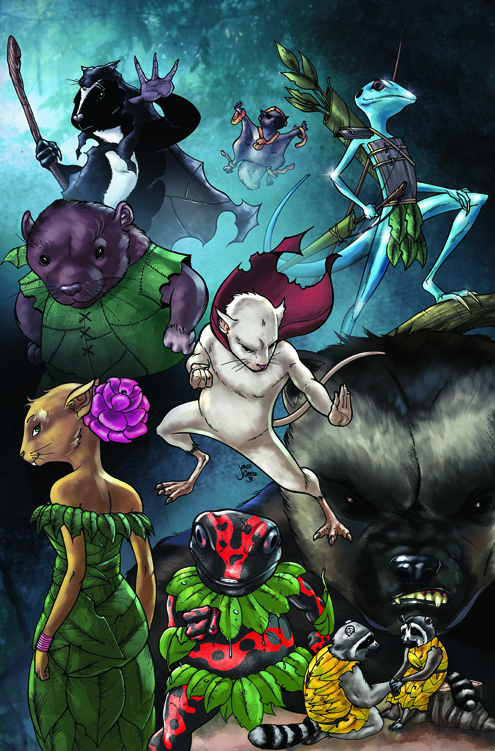