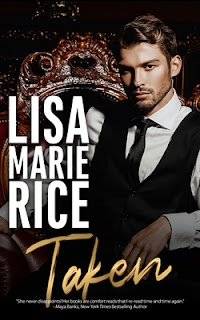 The story starts off with a moment of sadness and interest.  The hope for this story to move quickly into the reason why seem to fall flat as the story drags alone and everything is about sex and controlling her to keep her safe.  The characters are ok and at times fall flat.  The story does pick up off and on though the story but not enough to keep reader interest long enough to finish the story.

She is his. She just doesn't know it yet. Marcus Rey clawed his way to the top. He is immensely wealthy, ruthless and feared. He has everything he could possibly want ... except for her.Eve Banner. Elegant, cultured, regal-she makes Marcus's pulse pound like nothing ever has. But the remote, bookish beauty is out of reach for a man who does not officially exist. But she has come into the sights of his worst enemy and he has to sweep her to his luxurious underground mansion to save her life.Eve has worked hard for her success and enjoys it. Though she is a little lonely. The men shemeets are so weak and boring. It's easier to be alone. Until one night she is attacked by thugs, and rescued by a man who is anything but weak or boring.Marcus Rey is strong, mysterious, secretive ... dangerous. A man doomed to always live in the shadows. But he calls to her like no man ever has. She is tempted to stay in his underground lair forever.But then his deadly enemies start closing in on them with terrifying speed ..