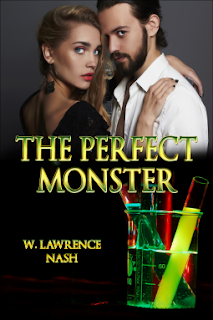 As a reader I am not sure what to make of this book.  The author wrote a prologue explaining that while the characters and events have never happened yet the technology is real and other are possible in the near future.  While he said the book was written in 2015 its had to imagine he didn't update the book to fit with the current historical pandemic we are living in.

Each Chapter has a title some have dates and some do not which can confuse for readers who are new to W. Lawrence Nash.  There is a large cast of characters to keep track of even with the main characters leading the story.

The story is almost a little to political and almost feels as if he wrote his thoughts and review on the pandemic in a fiction story from different countries point of review.

The story falls flat in many different ways with unnecessary dialogue, too many characters not needed, characters that come into the picture and never return.

The author uses beliefs to drive a story with what feels like very little research done.

Thank you to the Netgalley for a copy of W. Lawrence Nash The Perfect Monster.

Claire Watchorn and Jack Trenchart dive into the pressurized safe room, as the Biohazard warning siren screams in their ears. The quest to uncover the perpetrators of the global contagion is proving impossible and now the plague spreads to London. Unknown to Jack and Claire, six great nations, China, the United States, Great Britain, Germany, Canada and Russia are fomenting the terror. Unknown to the six great nations, their deranged virologist, Roger Sloane, is in thrall to two autonomous and self-rewriting computer programs dubbed ‘The Boys’, who have other plans for humanity. The hopes for Jack and Claire fade as they race to intercept the final devastation planned by Roger Sloane and his soulless masters. Jack and Claire hold the survival of mankind in their hands. But they may be too late.