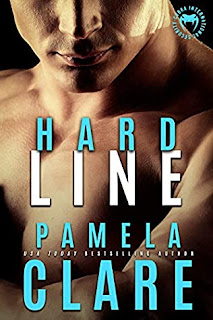 I haven't been a big fan of the Cobra Elite series.  They are hit and miss when it comes to storytelling, unique characters not to mention the unbelievable moments in the series.

The males are so over the top short of beating their chest with how amazing they are in bed and the women who fall for I am Tarzan You Jane sex.

The plot and mastermind of the evil plot is boring one dimensional and lacks any type of convincation. The "Bad guys" is the only character I wish they had more of.  The author tries to use a red herring but it falls flat so many times.

If you like the Cobra series you will love this book but if this is your first book by Pamela Clare I suggest finding a different one from her other romantic suspense series.

Dr. Samantha Park’s life is shaken when her best friend and research partner dies barely two months into their eight-month stretch at the South Pole. She hasn’t begun to face her loss when men from Cobra International Security arrive to recover sensitive military components from a crashed satellite—and ask her to come with them. As a scientist, she has always been suspicious of the military, and flying across Antarctica in austral winter is more like suicide than a rescue mission. But when she hears what’s at stake, she agrees to help and is forced to put her trust in Thor Isaksen, the tall, broad-shouldered Dane who leads the Cobra team.Thor served as an elite soldier in Afghanistan and spent two years as part of a Danish spec-ops unit patrolling sea ice in the Arctic. He’s used to the cold and constant darkness. That’s why he’s been tapped to lead this mission. Under orders to do whatever he must to keep a dangerous weapon from falling into enemy hands, he’s prepared for every scenario—except one. Samantha, with her blue eyes and brilliant mind, takes him by surprise. She’s confident in her abilities as a scientist and yet so unsure of herself as a woman. Stuck at the station with his team until the weather clears, he can’t ignore the growing attraction he feels for her even if she’s the last thing he should be doing on the job.

USA Today best-selling author Pamela Clare began her writing career as a columnist and investigative reporter and eventually became the first woman editor-in-chief of two different newspapers. Along the way, she and her team won numerous state and national honors, including the First Amendment Award and the National Journalism Award for Public Service. In 2011, she was honored by the Colorado Pro Chapter of the Society of Professional Journalists with their Keeper of the Flame Lifetime Achievement Award for her work. A single mother with two grown sons and two cats, she writes historical romance and contemporary romantic suspense within view of Colorado’s beautiful Rocky Mountains. She is a two-time RITA finalist (Surrender, Defiant) and a three-time Daphne du Maurier finalist (I-Team series). She loves history, having studied archaeology in college, and has traveled extensively, living for almost three years in Denmark, which feels like home to her. She attributes her love of historical romance with the years she spent visiting ruins and castles in Europe.