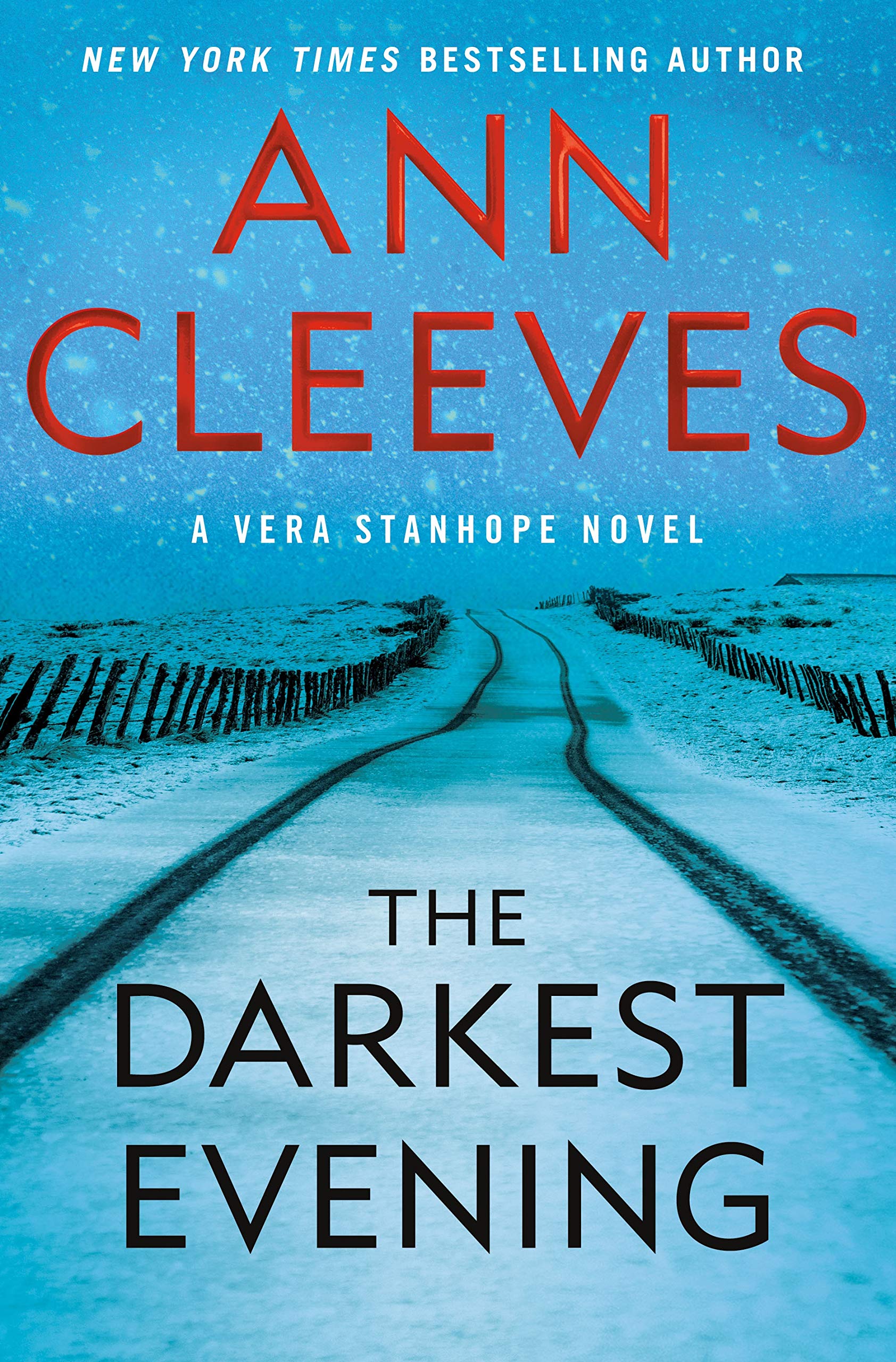 As a big fan of British Police Mysteries I was not disappointed in this offering by the author. It builds from the onset untill the finish. You are able to visualize yourself in a small English village and watch, as an informed bystander, the drama unfold before you. You are shown the class snobbery and petty malicious gossip that swirls just beneath the seemingly calm waters. The big question is will the heroine (DI Vera Standhope), with the assistance of her team, be able to see justice done for the victim who was murdered so brutally on a cold and snowy night.
This character is also, aptly portrayed, in the excellent British television mystery series Vera.
I have rated this book 4.5 stars
l received a complimentary copy of this book. Opinions expressed in this review are completely my own.

Synopsis:
On the first snowy night of winter, Detective Inspector Vera Stanhope sets off for her home in the hills. Though the road is familiar, she misses a turning and soon becomes lost and disorientated. A car has skidded off the narrow road in front of her, its door left open, and she stops to help. There is no driver to be seen, so Vera assumes that the owner has gone to find help. But a cry calls her back: a toddler is strapped in the back seat.Vera takes the child and, driving on, she arrives at a place she knows well. Brockburn is a large, grand house in the wilds of Northumberland, now a little shabby and run down. It’s also where her father, Hector, grew up. Inside, there’s a party in full swing: music, Christmas lights and laughter. Outside, unbeknownst to the revelers, a woman lies dead in the snow.As the blizzard traps the group deep in the freezing Northumberland countryside, Brockburn begins to give up its secrets, and as Vera digs deeper into her investigation, she also begins to uncover her family’s complicated past.

About The Author:
While she was cooking in the Bird Observatory on Fair Isle, she met her husband Tim, a visiting ornithologist. She was attracted less by the ornithology than the bottle of malt whisky she saw in his rucksack when she showed him his room. Soon after they married, Tim was appointed as warden of Hilbre, a tiny tidal island nature reserve in the Dee Estuary. They were the only residents, there was no mains electricity or water and access to the mainland was at low tide across the shore. If a person's not heavily into birds - and Ann isn't - there's not much to do on Hilbre and that was when she started writing. Her first series of crime novels features the elderly naturalist, George Palmer-Jones. A couple of these books are seriously dreadful.

In 1987 Tim, Ann and their two daughters moved to Northumberland and the north east provides the inspiration for many of her subsequent titles. The girls have both taken up with Geordie lads. In the autumn of 2006, Ann and Tim finally achieved their ambition of moving back to the North East.

For the National Year of Reading, Ann was made reader-in-residence for three library authorities. It came as a revelation that it was possible to get paid for talking to readers about books! She went on to set up reading groups in prisons as part of the Inside Books project, became Cheltenham Literature Festival's first reader-in-residence and still enjoys working with libraries.
Ann Cleeves on stage at the Duncan Lawrie Dagger awards ceremony

Ann's short film for Border TV, Catching Birds, won a Royal Television Society Award. She has twice been short listed for a CWA Dagger Award - once for her short story The Plater, and the following year for the Dagger in the Library award.

In 2006 Ann Cleeves was the first winner of the prestigious Duncan Lawrie Dagger Award of the Crime Writers' Association for Raven Black, the first volume of her Shetland Quartet. The Duncan Lawrie Dagger replaces the CWA's Gold Dagger award, and the winner receives £20,000, making it the world's largest award for crime fiction.

Ann's success was announced at the 2006 Dagger Awards ceremony at the Waldorf Hilton, in London's Aldwych, on Thursday 29 June 2006. She said: "I have never won anything before in my life, so it was a complete shock - but lovely of course.. The evening was relatively relaxing because I'd lost my voice and knew that even if the unexpected happened there was physically no way I could utter a word. So I wouldn't have to give a speech. My editor was deputed to do it!"

Ann's books have been translated into sixteen languages. She's a bestseller in Scandinavia and Germany. Her novels sell widely and to critical acclaim in the United States. Raven Black was shortlisted for the Martin Beck award for best translated crime novel in Sweden in 200
Posted by H. Wimmer at 12:00 AM