Book Review: An Everyday Hero (A Heart of a Hero #2) by Laura Trentham 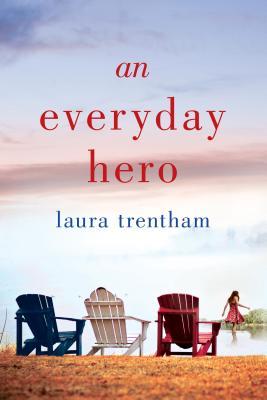 Our main characters in this delightful modern day romance are individuals who for different reasons have hit rock bottom. Having attended high school together, ten years previously, they find themselves back at home and living with their parents. She considers herself to be a failure as a singer/songwriter and had to finally pawn her prized Martin guitar and move back home. He is a disabled Army officer, who lost a leg in combat, and is wallowing in self pity, has a huge chip on his shoulder, and only wants to drink his problem(s) away. Her court ordered community service has thrown them together. The big question is can they be the salve that the other needs? An excellent story that moves well and will keep the readers attention. I read the book in two sittings as it held my interest from beginning to end.

At thirty, Greer Hadley never expected to be forced home to Madison, Tennessee with her life and dreams of being a songwriter up in flames. To make matters worse, a series of bad decisions and even crappier luck lands her community service hours at a nonprofit organization that aids veterans and their families. Greer cannot fathom how she’s supposed to use music to help anyone deal with their trauma and loss when the one thing that brought her joy has failed her.
When Greer meets fifteen-year-old Ally Martinez, her plans to stay detached and do as little as possible get thrown away. New to town and dealing with the death of her father in action, she hides her emotions behind a mask of bitterness and sarcasm, but Greer is able to see past it and recognizes pieces of who she once was in Ally. The raw and obvious talent she possesses could take her to the top and Greer vows to make sure life’s negativities don’t derail Ally’s potential.
After Greer is assigned a veteran to help, she’s not surprised Emmett Lawson, the town’s golden boy, followed his family’s legacy. What leaves her shocked is the shell of a man who believes he doesn’t deserve anyone’s help. A breakthrough with Ally reminds Greer that no one is worth giving up on. So she shows up one day with his old guitar, and meets Emmett’s rage head on with her stubbornness. When a situation with Ally becomes dire, the two of them must become a team to save her—and along the way they might just save themselves too.

About The Author:
Author of smart, sexy Southern contemporary romance, Regency historicals, & heartfelt Women's FictionSeries include:Sweet Home AlabamaCottonbloomSpies and LoversHeart of a HeroHighland, Georgia
Posted by H. Wimmer at 12:00 AM