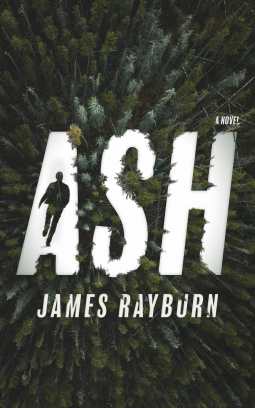 Review:
This is the first book I have read by James Rayburn.  The author is able to bring to life every parents fears.  Danny Ash will have readers following him though his desperate attempt to find his child.  The story has readers hooked to finding his missing child and as well as almost to forced they might miss the littlest detail.
The story has everything and more that readers will be looking for in a action pack thriller.
Thank you to Netgalley for a copy of James Rayburn Ash.

Synopsis:
Agents of the state murdered his wife and took his son. Now they’re coming for Danny Ash.

Framed as a terrorist, the mild-mannered stay-at-home dad, desperate to find his child, has to evade both law enforcement and killers in the pay of shadowy vulture capitalist Victor Fabian, whose influence reaches deep into the White House. Fabian, battling political enemies and the creeping dementia that has him in its grip, is determined to silence Ash who has linked him to his wife’s murder. As he tracks his son through an American heartland scarred by poverty and opioid addiction, Ash has to confront a dark secret from his past even as he fights to save the boy’s life.
Kindle Edition, 320 pages
Published November 5th 2019 by Blackstone Publishing

About The Author:
James Rayburn is the pen name of crime writer Roger Smith.
Posted by H. Wimmer at 12:00 AM