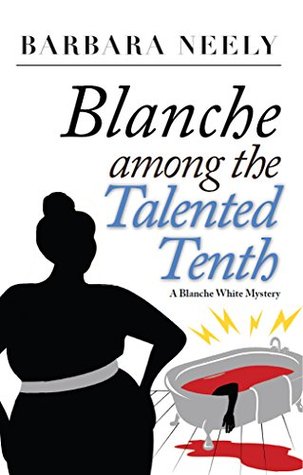 Title:  Blanche Among The Talented Tenth

Review:  The story starts with a quote from W.E.B. Du Bois which states that "The Talented Tenth of the Negro race must be made leaders of thought and Missionaries of culture among their People...The Negro race, like all other races, is going to be saved by its exceptional men." The main character of this story is a southern lady, who resides in the north, who is very dark skinned and supports herself and her sister's two children by working as a domestic. I felt empathy with her from the start and like the way she calls a spade a spade and does not put up wit any nonsense from anyone. She has managed to get the two children into a very private school and is concerned about their growing misconceptions about other people and in particular how dark their skin happens to be. She is taking 10 days to visit the children and a family they are staying with in an exclusive all black resort in main. She arrives just after some one has been killed in their cottage bath. She witnesses and is amused with the snobbery and prejudices of the full timers with regard to skin color. After several incidents and an suicide, with the help of another elderly guest, she solves the mysteries. I liked the character and the story telling style of the writer. I would read other stories by this writer. I would also recommend any reader to look up W.E.B. Du Bois and read up on his life and work.

I received this book as an Advance Readers Copy from Net Gallery.

I rate it at 5 stars for entertainment value and for educational value.

Thanks Frank for this review

When Blanche White moved north to Boston, she believed it would be a better place to raise her kids, especially after she got them into an elite private school. But now her children are becoming elitist and judgmental, acquiring more attitude than education. So when she and her kids are invited to Amber Cove, an exclusive resort in Maine for wealthy blacks, Blanche jumps at the chance to see how the other half lives and maybe stop her kids turning into people she doesn’t want to know. When one of the guests kills himself, and another is electrocuted in her bathtub, Blanche becomes an accidental detective once again, using her sharp wit and keen social insight to peel back some disturbing color and class distinctions within the black community that may have driven someone to murder.

“One of the best fictional detectives conjured up in years,” Library Journal

“An acerbic portrait of class infighting at its most corrosive,” Kirkus Reviews 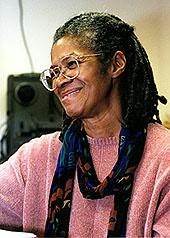 Author Information:  BarbaraNeely is a novelist, short story writer, and author of the popular Blanche White mystery novels. The first book in this series, BLANCHE ON THE LAM, won the Agatha, the Macavity, and the Anthony -- three of the four major mystery awards for best first novel -- as well as the Go On Girl! Book Club award for a debut novel. The subsequent books in the series, BLANCHE AMONG THE TALENTED TENTH, BLANCHE CLEANS UP and BLANCHE PASSES GO have also received critical acclaim from both fans and literary critics. Books in the Blanche White series have been taught in courses at universities as varied as Howard University, Northwestern, Bryn Mawr, Old Dominion, Boston College, Appalachian State University, Washington State University and Guttenberg University in Mainz, Germany. Books in the series have been translated into French, German and Japanese.

Neely’s short stories have appeared in anthologies, magazines, university texts, and journals including: Things that divide us, Speaking for Ourselves, Constellations, Literature: Reading and Writing the Human Experience, Breaking Ice, Essence, and Obsidian II.

Ms. Neely has also had an extensive public sector career. She designed and directed the first community-based corrections facility for women in Pennsylvania, directed a branch of the YWCA, and headed a consultant firm for non-profits. She was part of an evaluative research team at the Institute for Social Research, the Executive Director of Women for Economic Justice, and a radio producer for Africa News Service. For her activism Neely has received the Community Works Social Action Award for Leadership and Activism for Women's Rights and Economic Justice, and the Fighting for Women's Voices Award from the Coalition for Basic Human Needs.