Monday in our mailbox

Books we received for review this week.....what did you read and what book did you enjoy the most?

"Wicked Wives" is based on the true story of the 1938 Philadelphia murder scandals in which seventeen wives were arrested for murdering their husbands. Mastermind conspirator Giorgio DiSipio, a stunning lothario and local tailor who preys upon disenchanted and unfaithful wives, convinces twelve of them to kill their spouses for insurance money. The murder conspiracy is very successful until one lone assistant D.A., Tom Rossi, uncovers the plot and brings the perpetrators to justice. "Wicked Wives" is a story made for Hollywood, combining murder, corruption, treachery, love, lust and phenomenal detail as it vividly captures Depression-era Philadelphia.

The terrorist to be feared is not one across the seas.


It is the one in your backyard; the one indistinguishable from your neighbors.

Redemption Day is a highly paced thriller set in Washington DC. The story is founded upon historical events
and documented teachings of the Posse Comitatus. The Posse was an anti-government militia group in the
1980’s that tried to convince farmers that banks could not lawfully foreclose on their properties. Their beliefs
led to the bombing of the Murrah Federal Building in Oklahoma City on a date of significance to the
group—April 19. 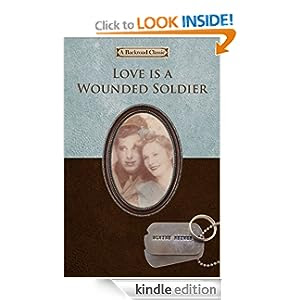 Love is a Wounded Soldier combines the old-fashioned romance of a Nicholas Sparks novel with all the gut-punching grit of Saving Private Ryan to bring you a story of heartbreak and hope.


Despite growing up with an abusive, alcoholic father, and having to cope with the untimely death of his mother, Robert Mattox has retained his innocence and idealism. He woos and marries his first love, Ellen, and it appears his life is set for a happily-ever-after ending.
But World War II is raging, and its vortex snatches him away from his young bride. He finds himself fighting in Europe, witnessing and participating in the unspeakable ugliness and brutality of war. His love for Ellen holds him back from utter despondency, and his will to fight and live draws strength from his desire to return home to her.
When he finally does return home to Kentucky, he’s exhausted, jaded, and scarred—inside and out. His worst fear is how Ellen will respond to the changes in him, but when he gets home he finds that Ellen is different, too—much different.
Can things between them ever be the same again? Or will their love be the war’s most tragic casualty?

On Dolvia the women of the savannah serve under the burka, but Kyle Le was denied that covering by tribal leaders. Only her gift of second sight and the mortgage on her father's land protects her and her three sisters. Kyle Le meets Brian Miller, a Softcheeks who teaches her about offworld politics and accumulating wealth while she teaches him the words of power from Mekucoo. Working alongside the warrior Cyrus, they labor against the mining enterprise that robs the savannah of it mineral wealth and leaves the tribes with only the scarred and suffering land. ... an intriguing tale. The struggle to overcome oppression, to preserve a way of life, to maintain compassion in a cold and hateful conflict, is always interesting and involving ... Atrium has a flair for creating and maintaining an atmosphere of mysticism and mystery ... she stays true to the situation, never slipping out of the frame she has set. -- Lisa DuMond, online reviewer of science fiction.

Simple rules for a successful, intentional life approached in a no-nonsense manner with a solid, scriptural foundation.


Luci Swindoll, a beloved Women of Faith speaker for sixteen years and a distinctive Christian voice in writing and speaking for thirty years, gives readers common-sense rules to live by. These are rules we may know but don't often use-because we don't think about them.
Luci's book places these practical rules in one small, well-organized, fun-to-read compendium that can be referred to again and again.
The 50 simple "secrets" are in five parts: 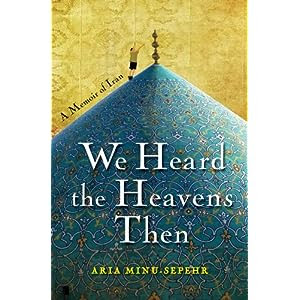 ARIA MINU-SEPEHR was raised in a sheltered world of extraordinary privilege as the son of a major general in the Shah’s Imperial Iranian Air Force. It seemed his father could do anything—lead the Golden Crowns in death-defying aerobatic maneuvers; command an air force unit using top American technology; commission a lake to be built on a desert military base, for waterskiing. When Aria was eight, “Baba” built him a dune buggy so he could explore the desert; by ten, the boy handled the controls of a Beechcraft Bonanza while his father napped in the copilot’s seat. Aria moved easily between the two distinct worlds that existed under his family’s roof—a division that mirrored the nation’s own deep and brooding divide. He was as comfortable at the lavish cocktail parties his parents threw for Iran’s elite as he was running amok in the kitchen where his beloved nanny grumbled about the whiskey drinking, French ham, and miniskirts. The 1970s were the end result of half a century of Westernization in Iran, and Aria’s father was the man of the hour. But when the Shah was overthrown and the Ayatollah rose to power in 1979, Aria’s idyllic life skidded to a halt. Days spent practicing calligraphy in his father’s embrace, lovingly torturing his nanny, and watching Sesame Street after school were suddenly infused with fears that the militia would invade his home, that he himself could be kidnapped, or that he would have to fire a gun to save Baba’s life. As the surreal began to invade the mundane, with family friends disappearing every day and resources growing scarce, Aria found himself torn between being the man of the house and being a much needed source of comic relief. His antics shone a bright light for his family, showing them how to escape, if only momentarily, the grief and horror that a vengeful revolution brought into their lives. We Heard the Heavens Then is a deeply moving story told from two vantage points: a boy growing up faster than any child should, observing and recoiling in the moment, and the adult who is dedicated to a measured assessment of the events that shaped him. In this tightly focused memoir, Aria Minu- Sepehr takes us back through his explosive youth, into the heart of the revolution when a boy’s hero, held up as the nation’s pride, became a hunted man.
Posted by Unknown at 1:49 AM