What was in your mailbox this week?  We also got a few from the local library to read. 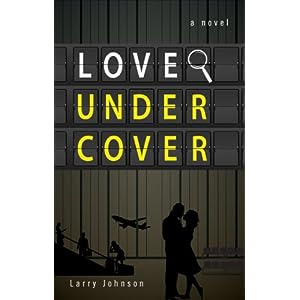 Nicholas Watson craves a little mystery and excitement in his life. After all, he is an undercover agent working for a US counterterrorism unitÃ¢which is not exactly the kind of lifestyle that one should have when searching for someone to settle down with. He yearns for love and intimacy but feels that he will never find it, especially since he has already experienced one failed marriage. His life goes into a tizzy when Kalyna, a beautiful and mysterious European, walks into his life. Nick discovers she also works for her respective government's counterterrorism unit. When Nick and Kalyna are thrown together in a work-related encounter, they fall deeply in loveÃ¢which is not part of their assignment. Because of their line of work, they can never make their relationship known. They continue to be placed together in professional situations, only to be separated again when the work is done. 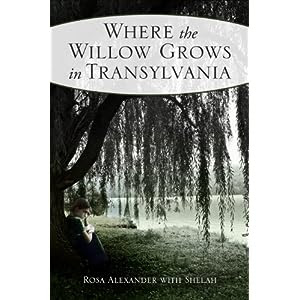 'I do not want to hear another word about your crazy American Dream!'

In the middle of a rainy Swedish summer, a little girl is abducted from a crowded train. Despite hundreds of potential witnesses, no one noticed when the girl was taken, and, in what seems to be merely a coincidence, her mother has been left behind at the previous station. Inspector Frederika Bergman and her team of federal investigators are called in and assigned to what at first seems to be a classic custody dispute.
But when the child is found dead in the far north of Sweden with the word "unwanted" scribbled on her forehead, the case soon turns into the investigation team's worst nightmare--the pursuit of a brilliant and ruthless killer.
Kristina Ohlsson's "Unwanted" is a refreshing debut, a creepy page-turner full of life and presence that will keep readers captivated with suspense until its powerful conclusion.  Sent for review.

Eve, Quinn and Bonnie at my local library to see what really happened to Bonnie.

The internationally bestselling author of The Rose Labyrinthreturns with a love story of magic and healing that takes readers from the heartache of a young human rights lawyer in present-day San Francisco to the lives of a courageous trio of women in medieval Tuscany.A legendary ruin. An ancient mystery. Will unveiling the past transform the future?
San Francisco, 2007. Madeline Moretti is grieving after her fiancÉ's death. Nothing brings her joy any more, and Maddie’s grandmother, a fiery Italian, sends her to Tuscany to heal. Here, Maddie is immersed in the mystery of a ruined villa. Destroyed centuries ago in a legendary storm on the Eve of St. Agnes, it has been known ever since as the Casa al Vento—the House of the Wind.
Tuscany, 1347. Mia hasn’t spoken since her mother’s death and lives in silence with her beloved aunt. One dark night, a couple seeks refuge in their villa. Accustomed to welcoming passing pilgrims, Mia is entranced by the young bride’s radiance and compassion but mystified by her reluctance to reveal even her name. Where has she come from, and why must her presence be a secret?
Centuries apart, each searching for a way to step into her future, both Mia and Maddie will be haunted by the myth of the young woman who walked unscathed from the ruins of the House of the Wind.

The bestselling author of "See Jane Run" delivers a new thriller about a newly divorced woman who embarks on a desperate search for her daughter, believed to have drowned two years earlier.  From the local library.

Seven half-bloods shall answer the call,
To storm or fire the world must fall.
An oath to keep with a final breath,
And foes bear arms to the Doors of Death. Percy is confused. When he awoke from his long sleep, he didn't know much more than his name. His brain fuzz is lingering, even after the wolf Lupa told him he is a demigod and trained him to fight with the pen/sword in his pocket. Somehow Percy manages to make it to a camp for half-bloods, despite the fact that he has to keep killing monsters along the way. But the camp doesn't ring and bells with him. The only thing he can recall from his past is another name: Annabeth Hazel is supposed to be dead. When she lived before, she didn't do a very good job of it. Sure, she was an obedient daughter, even when her mother was possessed by greed. But that was the problem - when the Voice took over her mother and commanded Hazel to use her "gift" for and evil purpose, Hazel couldn't say no. Now because of her mistake, the future of the world is at risk. Hazel wished she could ride away from it all on the stallion that appears in her dreams. Frank is a klutz. His grandmother says he is descended from heroes and can be anything he wants to be, but he doesn't see it. He doesn't even know who his father is. He keeps hoping Apollo will claim him, because the only thing he is good at is archery - although not good enough to win camp war games. His bulky physique makes him feel like an ox, especially infront of Hazel, his closest friend at camp. He trusts her completely - enough to share the secret he holds close to his heart. Beginning at the "other" camp for half-bloods and extending as far as the land beyond the gods, this breathtaking second installment of the Heroes of Olympus series introduces new demigods, revives fearsome monsters, and features other remarkable creatures, all destined to play a part in the Prophesy of Seven.  From the local library.
Posted by Unknown at 3:39 AM