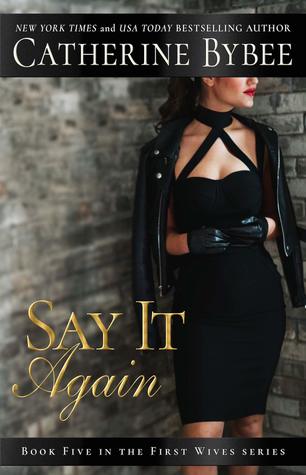 Review:
Having read the first and now the last in the series I have to say the author has the ability to write stories that are strong romances and a balance of romance, action packed story with fast paced motion that will have readers up late into the night needing to find out what happens to the characters they are rooting for.
The characters are interesting, the author has the ability to take heart breaking stories and turn them into hero people can root for.
The character development move quickly their are a lot of characters but the author keeps the story moving forward keeping readers from getting lost
The story can be read as a stand alone without readers getting lost. Action pack, romance, steamy romance, guns, knives and friends that will always be there for each other.
Thank you to Netgalley and the publisher Montlake Romance for the advance copy of Catherine Bybee Say it Again


Synopsis:
Protector-for-hire Sasha Budanov is accustomed to life as a loner. Always on the move, she’s now reached a crossroad. Looking for answers about her shadowy youth, she’s returned to the strict boarding school in Germany where she was raised. It’s also where she was trained in the stealthy, militarized art of survival. But behind its gleaming gates, Richter is a fortress of secrets, including those buried in Sasha’s mysterious past. To uncover them, she’s clinging to her first rule of defense: stay guarded.If anyone can challenge Sasha’s rules, it’s devilishly sexy stranger AJ Hofmann. He wants answers, too. And he needs Sasha’s help. The recent deaths of several of Richter’s former students—including AJ’s own sister—have aroused his suspicions. He’s arousing something more in Sasha. Never one to surrender to her emotions, she senses something tempting in AJ. She trusts him. He’s fearless. And he kisses like a demon. Sasha’s found her match.But treading Richter’s dark halls—and following their hearts—has its risks. As the decades-old secrets of the past are mined, Sasha and AJ are falling deeper in love…and into danger. 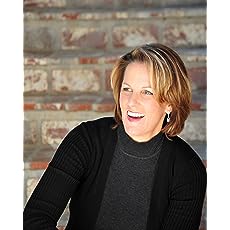 Catherine Bybee is a New York Times, Wall Street Journal, and USA Today bestselling author of twenty-five books that have collectively sold more than eight million copies and have been translated into twelve languages. Raised in Washington State, Bybee moved to Southern California in hopes of becoming a movie star. After growing bored with waiting tables, she returned to school and became a registered nurse, spending most of her career in urban emergency rooms. She now writes full-time and has penned the Not Quite series, the Weekday Brides series, and the Most Likely To series.
Posted by H. Wimmer at 12:00 AM