Book Review: Adult ADHD: How to Succeed as a Hunter in a Farmer’s World by Thom Hartmann 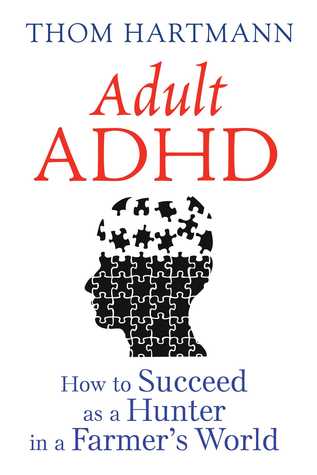 Review:
This revised copy of Adult ADHD is a interesting read as someone who has ADHD as a kid but wasn't put on medication until I became a adult.
The story jumps from one topic to another without giving great insight into how to succeed expect though stories of others who have. Thom Hartmann has interesting ideas but some of those have readers questioning he true feeling on medication vs diet.
While it is updated it reads very dated it can still be inspiring to those who feel lost in the ADHA world as your mind races from thought to thought.
Thank you to Netgalley and the publisher for the advance copy of Updated Copy of Thom Hartmann Adult ADHD.

Synopsis:
This step-by-step guide, Thom Hartmann explains the positive side of Hunter behavior. He reveals how Hunters make excellent entrepreneurs, sharing ADHD success stories from Fortune 500 CEOs, inventors, small business owners, and his own hands-on experience in launching new businesses. Drawing on solid scientific and psychological principles, he provides easy-to-follow organizational strategies, tips to maintain focus and create a distraction-free workspace, and tools to set goals, build a business plan, and discover the right business project to keep you motivated. Hartmann shares valuable advice for both the Hunter entrepreneur and the Hunter within an existing company and for curtailing the aggressive side of the Hunter personality in group situations or manager positions. Revealing the many ADHD opportunities hidden within the challenges of work, relationships, and day-to-day life, Hartmann also includes tips on navigating family relationships and parenting--for most Hunter parents are also raising Hunter children 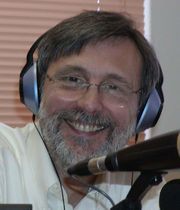 Thom Hartmann is a progressive radio talk show host, author, and retired businessman who was born and grew up in Michigan.His daily progressive radio talk show is syndicated and distributed to radio and television stations nationwide and in Europe and Africa.Thom has spent much of his life working with and for the International Salem relief organization. In 1979 Hartmann and his wife Louise founded New England Salem Children's Village whose main purpose is to provide a home and a nurturing environment for neglected and emotionally disturbed children and New England Salem Childrens Trust (NESCT). Hartmann served as NESCT's Executive Director for five years, and on its board for over 25 years. Through his affliiation with German Salem International organization and with that group he helped start international relief programs in Uganda, Colombia, Russia, Israel, India, Australia, and several other countries between 1979 and today.Thom Hartmann introduced the theory of hunters and farmers in his groundbreaking Attention Deficit Disorder: A Different Perception. In the book, Thom hypothesized that traits that were advantageous in a hunting culture - being alert to every sound in the environment, willingness to take risks, etc - became not so helpful when society switched to farming, and the prized trait was the ability to stick patiently to a task. The hunters and farmers theory of ADHD children is the idea that they are the "hunters" who are able to take in continuous stimuli and react quickly to changing circumstances. Whereas, non-ADHD children are the "farmers" who are patient, methodical, and focused over long periods of time. Unfortunately for ADHD children, traditional schools teach for the patient "farmers", and not the alert and quick reacting "hunters."In 1998 the New England Salem Children's Trust established The Hunter School and began to serve children who struggle in traditional education settings because of the educational and behavioral differences associated with ADHD. Hunter School, the Hunter School is a small, non-profit residential and day school where young boys and girls with Attention Deficit Disorder (ADD), Attention Deficit/Hyperactivity Disorder (ADHD) and Asperger's Syndrome are nurtured, educated and celebrated. As an entrepreneur, Hartmann's also founded several successful businesses including Woodley Herber Company which operated until 1978. In 1983 he founded International Wholesale Travel and its retail subsidiary Sprayberry Travel and the Atlanta advertising agency Chandler, MacDonald, Stout, Schneiderman & Poe, Inc., which did business as The Newsletter Factory. He sold his interest in that company in 1996 and retired to Vermont, although he and Louise now live in Washington D.C., complete with a radio studio and their mascot attack-cat, Higgins.