Book Review: Risk the Burn (The Smokejumpers #3) by Marnee Blake 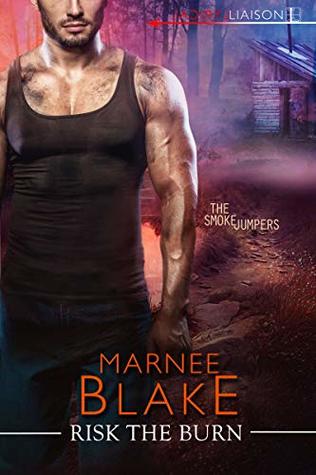 Title:  Risk the Burn (The Smokejumpers #3)

Review:
Marnee Blake Risk The Burn is slow story that some would think it was a slow burn but the story is a little to slow that might not keep readers interested in the characters or where the story might go.  The romance and characters work but lack any things that keeps readers wanting to know more.
The action is ok the story works but lacks any thing that sets it apart from other stories in this type of genre.

Synopsis:
A parachute jump gone horribly wrong nearly put an end to Hunter Buchanan’s smokejumper career. But with his body on the mend, the rugged firefighter is ready to get back to Oregon’s Redmond Air Center and his training. Except, while he’s conquered his physical injuries, he hasn’t been able to do the same for his panic attacks. Enter Charlotte Jones, aka Charlie, the trainer who tames his tension like nobody’s business. It doesn’t hurt that she’s easy on the eyes. Or that she stirs a hunger in him to deal with just about anything in order to be the man she needs . . .  After four years of hiding from a violent man in her past, Charlie is ready to face the world again. She knows this has more than a little to do with the potent mix of strength and vulnerability she’s found in Hunter’s arms. But when a dangerous encounter convinces her the worst isn’t behind her, she’ll have to decide if she’s strong enough to accept Hunter’s help—and his love 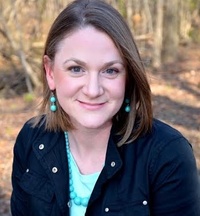 Award-winning author and RITA® finalist Marnee Blake used to teach high school students but these days she only has to wrangle her own children. Originally from a small town in western Pennsylvania, she now battles traffic in southern New Jersey where she lives with her hero husband and their happily-ever-after: two very energetic boys. When she isn't writing, she can be found refereeing disputes between her children, cooking up something sweet, or hiding from encroaching dust bunnies with a book.
Posted by H. Wimmer at 12:00 AM