Monday in my mailbox, on a Tuesday 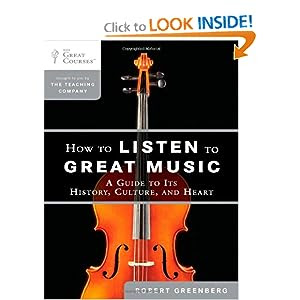 Whether yo
u're listening in a concert hall or on your iPod, concert music has the power to move you. The right knowledge can deepen the ability of this music to edify, enlighten, and stir the soul. In How to Listen to Great Music, Professor Robert Greenberg, a composer and music historian, presents a comprehensive, accessible guide to how music has mirrored Western history, that will transform the experience of listening for novice and long-time listeners alike. You will learn how to listen for key elements in different genres of music - from madrigals to minuets and from sonatas to symphonies-along with the enthralling history of great music from ancient Greece to the 20th century. You'll get answers to such questions as Why was Beethoven so important? How did the Enlightenment change music? And what's so great about opera anyway? How to Listen to Great Music will let you finally hear what you've been missing.

Former academic Arthur Opp weighs 550 pounds and hasn't left his rambling Brooklyn home in a decade. Twenty miles away, in Yonkers, seventeen-year-old Kel Keller navigates life as the poor kid in a rich school and pins his hopes on what seems like a promising baseball career if he can untangle himself from his family drama. The link between this unlikely pair is Kel s mother, Charlene, a former student of Arthur s. After nearly two decades of silence, it is Charlene s unexpected phone call to Arthur a plea for help that jostles them into action. Through Arthur and Kel s own quirky and lovable voices, Heft tells the winning story of two improbable heroes whose sudden connection transforms both their lives. Like Elizabeth McCracken s The Giant s House, Heft is a novel about love and family found in the most unexpected places. 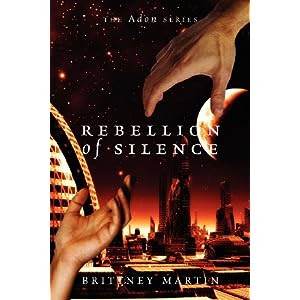 "We are in a war against a bloodthirsty race of creatures, the Rahion, set on destroying everything this world has given us. Yet, within the city walls we fight against ourselves." Pain, loss, and suffering were the first memories Avarah felt when her eyes reopened to life in the self destructing city of Kirave. With her reality shattered and her past forgotten, she risks all to join Silence, the rebellion whose followers are determined to bring justice before the end. In order to survive, Avarah must place all her trust into the hands of Sier, an Infectual whose veins pulse with the blood of the Rahion creatures. The anxiety burdened heroine quickly accepts her new fate fighting for truth, vengeance, and love despite knowing she could lose her life. But what if opposition means the lives of others? When society screams out for mercy, how many must die for the price of freedom?

“This is a magical and inspiring metaphor through which adult readers will identify anger issues and discover practical methods to energize enduring change.”

—Jeffrey K. Zeig, Ph.D., The Milton Erickson Foundation.
Sheila Hatcher, a Licensed Marriage and Family Therapist in California and a Certified Anger Management Facilitator, has been working with anger management for over a decade. She has worked with court-mandated violent offenders and people who simply want to learn different ways to express difficult emotions. Keys for unlocking and disposing of hurtful memories are included.
Join Ashton Mondragon as he meets Frank the fireman and decides to begin flame- control training after another disastrous day with his family and friends. As Ashton learns about his flame and the importance of thoughtfulness in relationships, adult readers will learn anger management techniques and ways of self-reflection that can lead to lasting change.

It’s the 2020 Apocalypse and Sophie Cohen, former social worker turned neighborly drug dealer, must keep her family alive amid those pesky end of the world issues: starvation, earthquakes, plagues, gang violence and alas more starvation.She investigates a serial killing and takes down the sinister emerging power structure while learning to use a pizza box solar oven, bond with her chickens and blast tin cans from the perimeter fence with a Ruger 9MM.

In order to accomplish all this she must find a way to love her mother, accept her daughter’s adulthood and reignite her moribund marriage. She might discover that a decentralized, consensus driven life—without fossil fuels, iPhones and chocolate éclairs—isn’t the end of the world, after all.
Posted by Unknown at 1:43 AM