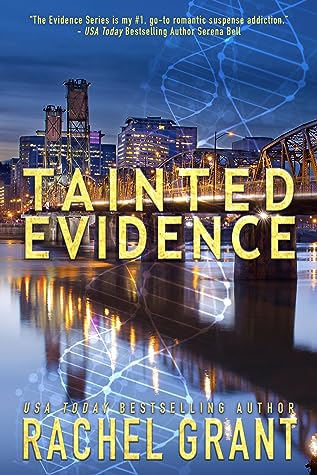 Review:
Rachel Grant decided to give readers a chance to find themselves as the female lead in all her books and this one is no exception.  She used the modern day political environment bring in a female who is Bi sexual.  I can see this causing some reader to have issues but really books are to be about the world we create and the world we create is part of the world we live in.
Rachel Grand has made her political side very well known in the story which could leave some readers pushing the book aside.  If we do not see or read all views than we can not grow as a people.

The story will remind readers of why they love Rachel Grant stories.  I wish there was less lets have sex and more story of the reason Maddie Foster is cataloging bones of people who have died long ago.
The history that is being used in this story isn't something new which makes me sad as a history nut.
Rachel Grant bring history to life but she falls flat creating a better balance of story to romance in this story.

This story could be seen in the headlines today which makes it hard to read at time expect for the good guys win and the bad guys lose.
Thank you to Netrgalley and the publisher for the advance copy of Rachel Grant Tainted Evidence.

Synopsis:
Inventorying human remains can be difficult at the best of times without a creepy security guard hovering over Maddie Foster’s shoulder. Nervous about being stuck in the crypt with the strange man, Maddie asks a friend of a friend to drop by and pretend to be her boyfriend to force the guy to back off.

Raptor operative Josh Warner recently moved to Oregon to take over as guardian to his troubled niece and open a new private security branch in the Pacific Northwest. Josh doesn’t hesitate to help Maddie and is intrigued by the brainy museologist. His protective nature kicks into high gear as he discovers she may be in very real danger.

Tensions run hot in the summer heat as Josh’s work puts everyone he cares about at risk, and Maddie’s research into the museum collection raises questions better left buried. As their city teeters on the precipice of violence, Josh and Maddie find themselves embroiled in a deadly scheme that could reshape the nation.

About The Author:
USA Today bestselling author Rachel Grant worked for over a decade as a professional archaeologist and mines her experiences for storylines and settings, which are as diverse as excavating a cemetery underneath an historic art museum in San Francisco, survey and excavation of many prehistoric Native American sites in the Pacific Northwest, researching an historic concrete house in Virginia, and mapping a seventeenth century Spanish and Dutch fort on the island of Sint Maarten in the Netherlands Antilles.She lives in the Pacific Northwest with her husband and children and can be found on the web at www.Rachel-Grant.net
Posted by H. Wimmer at 12:00 AM